Elissa Middleton is famous as the wife of the late actor, Clark Middleton who has worked in films like Blacklist and Twin Peaks. But apart from living in the shade of her husband, she has herself paved the pathway to stardom. Yes, she is recognized as an actress who has portrayed in W.B. Yeats’ The Only Jealousy of Emer as Queen Emer.

Elissa Middleton is born in the city of the United States but her date of birth and zodiac sign remain confined. however, she inherits the American nationality and white ethnicity background.

Elissa Middleton Net Worth and Salary

Elissa made her entry into the film industry with the Thriller/Suspense movie called As Good as Dead in 20100. There she worked as an executive. Then, she garnered attention from the movies Safe(2012) and Loveseat Soundstage (2019). In 2020, she has played the role of Lindsay in a drama called Small Time. The same year, her acting will be spotted in Harry Greenberger’s upcoming feature film called Faraway Eyes as Jeannie Berlin’s daughter. 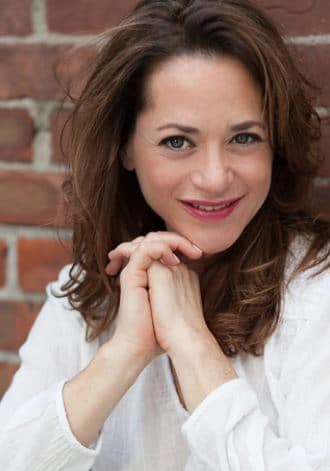 Besides that, Elissa has made into theater role from Helene Marais Rosenthal in James Bosley’s Broad Channel, Queen Emer in W. B. Yeats’ The Only Jealousy of Emer, directed by Dublin’s Ray and the great Matthew Cowles in Craig Lucas’ Reckless. She has even played the lead in the world premiere of Meredith Anthony’s Murder on the Main Line at Manhattan Repertory Theater. Furthermore, Elissa has also worked in her husband Clark’s direction in Craig Lucas’ Reckless.

Elissa and Clark Middleton shared their wedding vows in 2006. Besides that, the couple hasn’t gushed about when and where they met each other. Also, there isn’t any information on whether the duo had children.

On the 6th of October 2020, tragic news struck the Middleton family where the renowned actor, Clark died due to West Nile Virus. The news came to know when his wife twitted from Clark’s Twitter account to say

Hi. Elissa here, Clark’s wife. Thank you for your love and support for My Mister. I cannot count the number of times he said “Give the world your best and the best will come back to you,” quoting his father Mel. And he meant it! He is in the light, happy and free, and sends love

Hi. Elissa here, Clark's wife. Thank you for your love and support for My Mister. I cannot count the number of times he said "Give the world your best and the best will come back to you," quoting his father Mel. And he meant it! He is in the light, happy and free, and sends love

Elissa is one of the celebrities who enjoy keeping their personal life low-key. As a result, her parents, and siblings’ information remains inside the box.

However, Elissa finished her completed Shane Ann Younts’ two-year course in Voice, Diction, and Shakespeare. During that time, she studied with Austin Pendelton, Jon Shear, William Esper, and many more. She earned her degree BA in Political Philosophy and Art History from Reed College. Then, she garnered an MFA in writing from Sarah Lawrence.

The American actress, Elissa doesn’t miss any chance to amaze her fan with her curvaceous body figure. But keeping it hidden from the public, she has revealed her height measuring 5 feet 4 inches and weighing around 56 kgs. Also, she has Brown eyes and hair of brown color.

Who is Clark Middleton wife?

How old is Elissa Middleton?

Elissa Middleton’s age is unknown but it looks like she is in her mid-40s.

How tall is Elissa Middleton?

Elissa stands tall at a height of 5 feet 4 inches.

When is Elissa Middleton birthday?

Elissa Middleton’s birthday is unknown, as she never shared any information about it.

What is Elissa Middleton net worth?

Elissa Middleton’s net worth is estimated at $1 million.