Emily Beecham is an actress who earned popularity for appearing in the Coen Brothers movie Hail, Caesar!, the series Into the Badlands, and Daphne. Likewise, she also received the Best Actress award for her role in the movie Little Joe. Moreover, the actress has also earned huge attention for her role as Fanny Logan in The Pursuit of Love.

Emily Beecham was born in 1984 in Wythenshawe, Manchester, England. She celebrates her birthday on 12th May, which makes her age 37. She holds English-American nationality and comes from White ethnicity. The actress attended LAMDA and graduated with a BA in 2006.

During her final year at LAMDA, Emily grabbed her first acting opportunity and appeared in the thriller Bon Voyage and the TV series Afterlife. Her debut appearance earned her positive criticism, and the show won the Golden Nymph Award. In 2007, she earned a leading role in the independent movie The Calling. Her role earned her Best Actress Award at the London Independent Film Festival. The same year, she also made her stage debut in How to Curse. 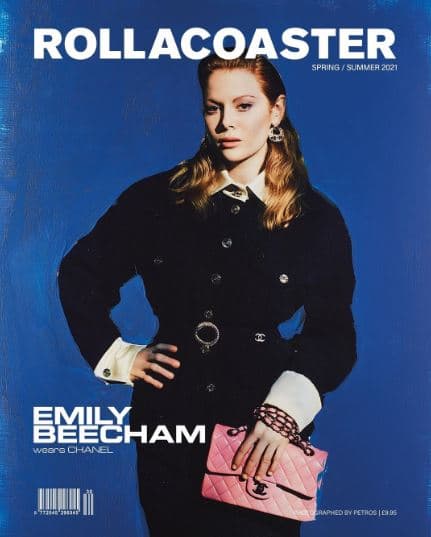 Nonetheless, the actress has appeared in countless TV shows, including Agatha Christie’s Marple, Tess of The D’Urbervilles, and The Street. Her latest appearances are in the series Into the Badlands, The Pursuit of Love, and 1899. Besides, she also appeared in the movie Daphne in 2017, a role that earned her four nominations. Her recent acting credits include Little Joe, Outside the Wire, and Cruella.

Emily Beecham has been long time linked to the German actor Maximilian “Max” Befort. Her boyfriend has appeared in several notable movies, life Denial, Trautmann, and Romeos. While the couple has never publicly admitted being in a relationship, they have made many appearances at red carpet events and social gatherings. However, sources suggest the duo are also married.

‘This is always top-secret. They are both very busy at the moment’

‘And because my daughter- in-law is a superstar, I won’t talk about her. I want her to remain my daughter-in-law!’

Although it’s not sure if Maximilian’s mother meant the term in a literal sense, the duo does live together in an East London flat. Nonetheless, Emily and Maximilian have been very coy about their relationship. However, we will be sure to update you more on their relationship in the coming days.

Emily was born to her an English father from Lincoshire and an American mother from Arizona. Her father is an airline pilot. Her family also includes her brother named TV Beecham.

Emily has a height of 5 feet and 5 inches. Likewise, she weighs 54 kg. Moreover, the actress possesses brown hair and brown eyes.