Erika Jayne, an American actress, and singer rose to prominence with her debut single titled, Roller Coaster which charted on the top of US Billboard Dance Club songs in 2007. In the year 2016, Billboard put her on the No.42 rank as the most celebrated dance club artist. With her rising popularity, Erika has amassed around 1.6million followers on Instagram.

Erika was born in Atlanta, Georgia, USA on 10th July 1971 as Erika Nay Chahoy. She is of American nationality, and her zodiac sign is Cancer. Erika is the daughter of Renee Chahoy who raised her as a single mother.

Erika is an on-screen actress and singer who came into the spotlight after her single Roller Coaster peaked no. 1 in the US Billboard Dance Club Songs in 2007. Following the success, she released songs like Stars and Give You Everything which are the singles of her album, Pretty Mess.

In the year 2013, Erika collaborated with Flo Rida to release a song titled, Get It Tonight and most recently she released a new single titled “Xxpensive” and “Cars.” Apart from her singing career, she began her career as an actress and played in different TV Series like Law & Order, High Incident, and so on. 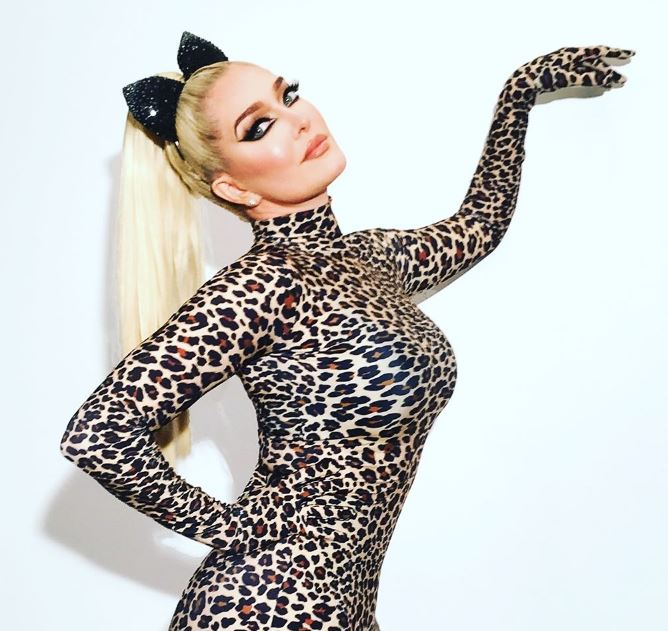 In the year 2015, Erika appeared in the Reality TV Series, The Real Housewives of Beverly Hills as herself and has been part of it till now. Likewise, she has appeared in TV Series like Fashion Police, Dish Nation, The Bravos, and so on. With all these works, Erika has accumulated a net worth of around $5 million.

Erika is a gorgeous woman who is in a marital relationship with her husband, Thomas Girardi. Thomas is the founder of the company named, Girardi & Keese. The couple tied the knots in January 1999 and have been together for more than 19 years.

Previously, Erika was in a marital relationship with DJ Thomas Zizzo during her span in the music industry. However, the marriage relationship did not last long, and got separated in the year 1996. She had a child named, Thomas Zizzo Jr who serves as the policeman for LAPD.

Erika grew up in Atlanta, Georgia with her single mother, Renee Chahoy who was a trained pianist and a fellow actress. She completed her education at North Atlanta High School.

Erika stands tall with possessing a height of 5 feet and 7 inches and weighs about 62 kgs. Her body measurement is 37-26-37 inches