Ethan Peck, who hails from an acting dynasty, is best known for his portrayal of Sailor in the film ‘Adopt a Sailor’ and a young Spock in ‘Star Trek: Discovery.’ Despite being the son of a former actor Stephen Peck and grandson of the To Kill a Mocking Bird actor Gregory Peck, he has carved his name in the Hollywood industry with his own acting talent.

Originally from Los Angeles, California, Ethan Gregory Peck was born on 02 March 1986 under the star sign Pisces. The 34-year-old actor is American by nationality and part of mixed ethnicity of Irish, English, French-Canadian, German and Welsh. He attended private schools Campbell Hall and Harvard-Westlake in Studio City. Later, he joined NYU’s Tisch School of the Arts, enrolling in the Experimental Theater Wing program for three years.

Peck had his first film role at the age of nine in the film Marshall Law, where he co-starred as Jimmy Smits’ son. As a young actor, he had many star television appearances, including a younger Michael Kelso in That ’70s Show, Charlie Grace, and Passport to Paris. 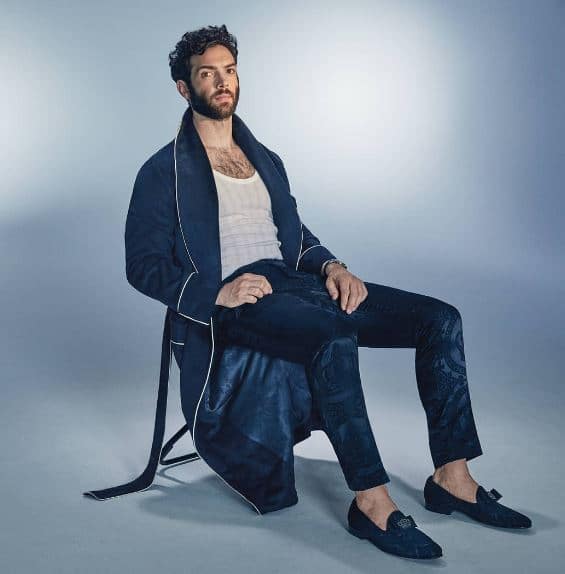 In 2009, Peck won the award for ‘Best Actor’ at the Sonoma International Film Festival for his portrayal of Sailor in the film Adopt a Sailor. He also starred in ABC Family’s 10 Things I Hate About You from 2009 to 2010. His other acting credits include The Curse of Sleeping Beauty, Tell Me How I Die, The Honor List, The Holiday Calendar, I Ship It, Tell Me a Story, to name a few.

Peck was nominated for ‘Best Supporting Actor in Streaming Presentation’ at the 2019 Saturn Award for his portrayal of Spock in Star Trek: Discovery. In 2020, he landed a recurring role of Herman Ackermann in Penny Dreadful: City of Angels. Peck also stars in the George Clooney film The Midnight Sky on Netflix. Besides, he will reprise his role as Spock in the spin-off Star Trek: Strange New Worlds that is set to release in 2021.

Peck’s primary income source is acting on TV and Film roles. So far, he has worked in over 30 projects, enabling him to accumulate riches worth millions of dollars. As of 2020, Peck enjoys a hefty net worth of about $3 million.

The handsome actor has already found the love of his life. And, his girlfriend is a pretty big deal!

Peck’s girlfriend, Molly Dewolf Swenson, is an entrepreneur, producer, and musician by profession. Additionally, she is a Harvard graduate, an Emmy winner, and was named to Forbe’s 2017 ’30 under 30′ list.

The lovebirds have reportedly been dating since 2016. Before Swenson, Peck was in a relationship with actress Julianna Guill, Kelsey Asbille, and Lindsey Shaw.

The Star Trek: Discovery actor was born to parents Stephen Peck and Francine Matarazzo. His father, Stephen, is a former actor who currently serves as a president and CEO of U.S. Veterans Initiative and his mother, Francine, an abstract artist. Additionally, he is the grandson of actor Gregory Peck and his Finnish wife, Greta Kukkonen.

Peck has a half-sister named Marisa Matarazzo from his mother’s second marriage. His sister is a novelist and creative writing professor at Los Angeles-based Otis College of Art and Design.

The handsome hunk has a decent height of 6 feet. He has a fit, medium-build body that weighs around 75 kg. His black hair and brown eyes provide a perfect complement to his charming personality.