Feby Torres came into the spotlight, appearing on season 8 of the VH1 series, Basketball Wives. As she appeared on the show as Lance Stephenson’s ex-girlfriend, her short appearance managed to draw huge attention. Moreover, fans of the show are excited as she will also be reappearing for the 9th season.

Feby Torres was born in 1991 in Brooklyn, New York. She celebrates her birthday on September 3, which makes her age 29 and zodiac sign Virgo. She holds an American nationality and comes from a mixed ethnicity. She graduated in 2014 with Honors in Media and Broadcasting.

Feby’s fame is very young as very less was known about her until 2019. However, she came into the spotlight, appearing as a reality star in the VH1 TV series, Basketball Wives. In the series, she appeared as an ex-girlfriend of an NBA star. She made recurring appearances and shared screen times with exes of other NBA stars such as Shaunie O’Neal, Malaysia Pargo, and Jackie Christie. 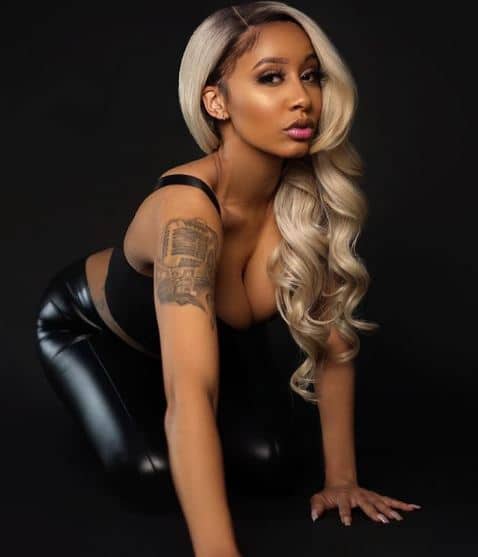 However, Feby is also a singer who had her biggest success in music with her song, Penny. Feby is also an influencer and has modeled various clothing brands such as Miss Circle and Fenty Beauty. As of 2021, Feby Torres’ net worth is still under review.

Feby appeared in Basketball Wives; it’s not too hard to connect the dots and realize she had a relationship with an NBA star. Feby was in a relationship with the former NBA player Lance Stephenson. Lance has played for teams such as Los Angeles Clippers, Charlotte Hornets, and the Los Angeles Lakers. The duo first met in 2008 and soon started dating. Likewise, they welcomed their first child, Layla, and three years later welcomed another child, Lance Jr.

However, their relationship turned sour in 2015, and the couple eventually broke up. However, Feby took Lance to court demanding child support. She initially received $6,000 monthly, but the amount was later doubled to $12,000. Feby has not shared many details on her current dating status and has not spoken if she has dated anyone after the fall of her relationship with Lance. On the other hand, the NBA star fathered a baby girl, Leya, with an anonymous lady.

Lance’s ex-girlfriend’s body measurement remains a secret for now. However, we can tell she has an average height and possesses a stunning body with eye-catching curves. She has black eyes and brunette hair.