Francesca Cumani is a beautiful yet expert horse racing presenter, owner, and breeder, who reports track field for ITV  in Britain and also Australia’s Channel 10. Fluent in Italian, French, and Spanish, the ITV’s horse racing presenter won Broadcast Sports Presenter of the Year at the SJA Awards in 2019.

Originally from Newmarket, Suffolk, Francesca Cumani was born in 1983. The 37-year-old horse racing presenter is British by nationality and belongs to mixed ethnicity as she has British and Italian origin. She received her degree in French and Spanish from Bristol University. 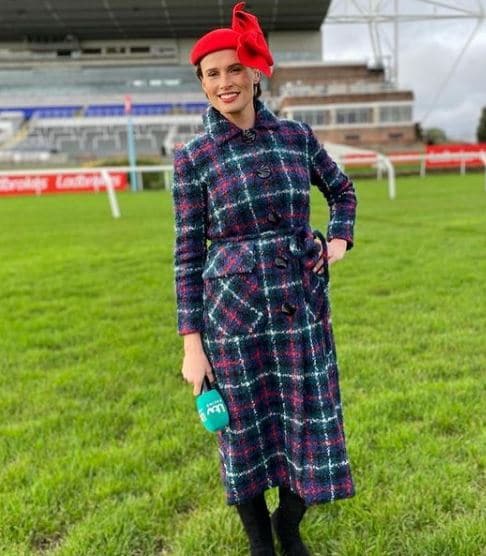 Cumani started working for ITV Racing in 2016. She also reports trackside for Australia’s Channel Ten. Her racing knowledge, passion for the sport, and down-to-earth presenting style have earned her more than acclaim and money.

Before working as a presenter, Cumani was an amateur jockey and had four wins. To date, she has earned a colossal fortune from her presenting skills and talent. As of December 2020, Cumanbi’s net worth is estimated at $3 million.

Soon after the split with now ex-husband Rob, Cumani embarked on a new relationship with a fellow ITV racing presenter, Oli Bell. However, the two reportedly broke up in January 2020. Since then, the fabulously gorgeous Cumani has kept her relationship status private.

The ITV’s racing correspondent was born to parents Luca Cumani and Sara Doon Cumani. Her father, Luca, is a legendary horse trainer who retired after an illustrious 43 years in the saddle. She spent an idyllic childhood at Bedford House Stables with her family.

Cumani has a brother named Matthew. Her grandparents were also involved in horses. Her grandfather, Sergio, was a popular horse trainer while her grandmother, Elena, was a champion amateur jockey.

Cumani stands at a decent height of 5 feet 9 inches. She has a slim, well-maintained body that weighs around 58 kg. Her sparkling blue eyes and light brown hair provide a perfect complement to her stunning personality.