Well-known in the entertainment industry for appearing in the shows like ‘This Morning,’ ‘Dancing on Ice,’ and ‘The Voice UK’ as a host, Holly Willoughby is an English television presenter. Holly is a versatile person as she is active in modeling and has made her name as an author as well.

Holly was born in Brighton, England, on February 10, 1981. The zodiac sign is Aquarius. She is 39 years old. By nationality, she is British and holds Caucasian ethnicity. Holly was educated at the independent Burgess Hill Girls. Later she joined The College of Richard Collyer.

At the age of 14, Holly was discovered by a talent scout at the Clothes Show Live exhibition. She signed a contract with Storm Model Management and appeared in several teen magazines. Some of them are Mizz, Just Seventeen, Shout, and More!. As a teenager, she has worked for a modeling agency and appeared in various advertisements and posters. Nevertheless, she is famous in the entertainment industry as a television host. Some of her work that has landed her eminent spot includes ‘Dancing on Ice,’ ‘Celebrity Juice,’ ‘This Morning,’ ‘The Voice UK,’ ‘Play to the Whistle,’ ‘I’m a Celebrity…Get Me Out of Here!’ and others as well. Apart from that, she has co-authored books like ‘L Etoile,’ ‘School for Stars: First Term,’ ‘Summer Holiday Mystery,’ and ‘The Missing Ballerina Mystery.’

The career of Holly has helped her earn fame among the media as well as a considerable amount of income. The estimated net worth of Holly is expected to be around $9 million. 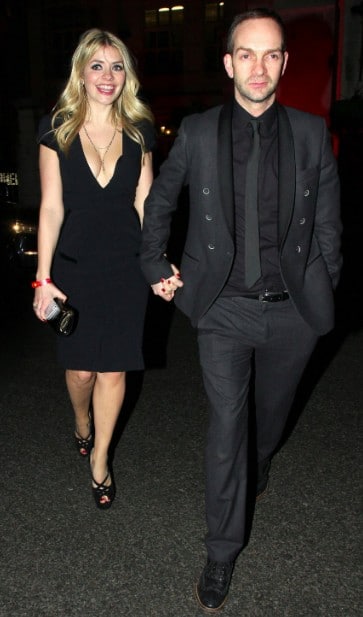 After being involved in a serious relationship for three years, Holly got engaged with Daniel Baldwin. The couple married each other after a 15-month long engagement. On August 4, 2007, the pair pronounced each other husband and wife. Talking about the profession of Daniel, he is an executive producer as well as an owner of a company, Hungry Bear.

It is rumored that Holly and Daniel met for the first time on a set of ‘Ministry of Mayhem,’ in 2004. Nevertheless, the couple is blessed with three children. The name of their two sons is Harry James Baldwin and Chester William Baldwin while has a daughter, Belle Baldwin.

The name of Holly’s parents is Brian R. Willoughby and Linda J. Willoughby. Her father is a former sales manager of a double-glazing company. Similarly, her mother was an air stewardess. She grew up with her sister, Kelly Willoughby, who is older than Holly. Nevertheless, she likes to spend time with her family in her spare time. 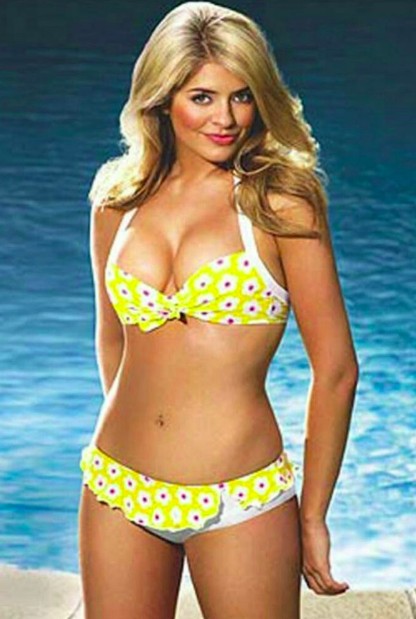 Despite the age, Holly has managed to keep her body figure in good shape. She has a body size of 38-28-38 inches. Moreover, she stands with an average height of 5 feet 7 inches, along with a weight of 66 kg. Her blonde hair has enhanced her fair skin. The color of her eyes is gray.