Former model and an American business executive Hope Hicks is best known for being the former White House Communications Director. Moreover, she also worked as a Trump communications director and press secretary for his campaign.

33-year-old Hope Hicks was born on October 21, 1988, in Greenwich, CT, and has the birth sign of Libra. The former White House Communication Director is American by nationality and holds the ethnicity of white.  She went to Greenwich High School. After that, she went to Southern Methodist University for her graduation, where she did her major in English and graduated in the year 2010.

The three-member of the White House during the Trump Presidency were tested COVID positive. It was announced on October 1, 2020, that they tested positive for SARS-Cov-2. Hope was already infected before Trump and former first lady Melania Trump. But her travel with them caused them to be infected by the corona. And just after the news broke, Trump went into quarantine at the White House.

Hope after she did her graduation, she went to New York City, where she starts working at the Zeno Group, where she took the work at the public relations firm Hiltzik Strategies.  Later, she was introduced to the firm’s founder, which even led her to work with some renowned companies, including Ivanka Trump.

In 2014 October, she was appointed by Donald Trump to the Trump Organization, where he picked her as the press secretary for his campaign. And during that campaign, she worked as a gatekeeper to press members who interview the presidential candidate. When Trump became the President, she was mentioned as being a member of the administration on 22 December 2016.

After that, in the year 2017, she was promoted to White House Communications Director. And during her period in that position, she was even cited as the Untouchable Hope Hicks. She also appeared in the House Intelligence Committee on 27 February 2018. There she was nine hours of closed-door testimony. There she acknowledged that she sometimes had to tell white lies at her work; however, she refused to answer her tenure at the White House.

After that, on 4 March 2019, the House Judiciary Committee sent her a letter where she was requested to inform about the alleged obstruction of justice by the current administration. Then on 21 May 2019, the committee subpoenaed her documents and testimony. However, on 4 June, the Trump White House invoked the privilege to not provide any documents related to her employment at the Trump administration. Then on 19 June 2019, she agreed to the testify and closed-door session.

Hope Hicks Net Worth and Salary 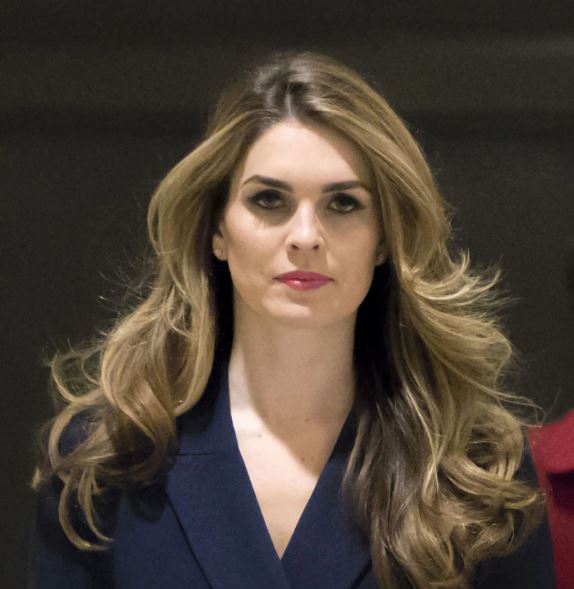 Previously served in various positions under President Trump, Hope might have made her financial status strong with the income she made from her career. And with several positions like being public relations executive, Hope Hicks has an estimated net worth of $1 million.

However, their relationship didn’t go well, separated from each other; after that, she started dating former White House Staff Secretary Rob Porter. But both are no longer together.

Hope Hicks was born to American parents. She is the daughter of Paul Hicks III and Caye Hicks. Hope was raised with her sister Mary Grace Hicks.

Hope is blessed with decent body measurement, where she stands tall at a height of 5 feet 7 inches. Hope weighs about 62 kilograms. She has brown colored hair with pairs of beautiful hazel blue colored eyes.

How old is Hope Hicks?

Where is Hope Hicks from?

What is Hope Hicks’ net worth?

Hope Hicks is not married and does not have a husband.

Who is Hope Hicks’ boyfriend?

Hope Hicks is possibly single as of 2022. However, she had dated Corey Lewandowski, and Rob Porter before.

How tall is Hope Hicks?