Hrush Achemyan is a famous makeup artist who is best known for working with celebrities, including the Kardashian family. Likewise, she is also a social media influencer with millions of followers and has her own brand. However, Hrush brought tears to her fan when the makeup artist shared her diagnosis of ovarian cancer.

Born in Armenia SSR, Hranush Alexis “Hrush” Achemyan came into this world on July 19, 1987, and is 33 years old. She holds Armenian and American nationality and comes from Armenian ethnicity. Hrush’s passion for makeup after she started painting eventually led her to become a self-taught makeup artist.

Hrush Achemyan started her makeup career in 2006 and later formed her own company, Le Rush, in 2008, which is now known as Styled by Hrush. She also collaborated with Tarte Cosmetics to launch the limited edition STYLED BY HRUSH eye and cheek palette. Likewise, the makeup artist also earned popularity on Instagram after she first began posting to Instagram in 2012. 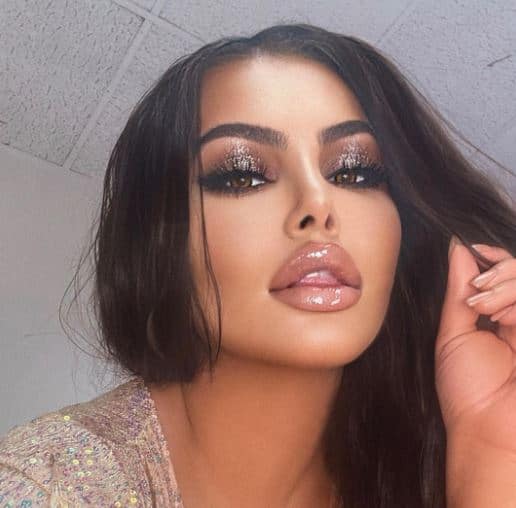 She has since then earned over 2.4 million followers on the platform. Moreover, she also started a YouTube channel uploading videos on various makeup tutorials. She has amassed over 202k subscribers on her channel. However, Hrush came onto the map when she styled celebrities such as Kim Kardashian and Kylie Jenner. She has also been involved in a make-up touring business, Alter Ego. On the other hand, she is also a designer and has also released her debut single “Wish em Well” on her YouTube channel. As of 2021, Hrush Achemyan’s net worth is still under review.

Hrush has been an icon in the makeup world for years. However, she has remained unmarried and has not been in a relationship publicly. The makeup artist has not shared on dating anyone and has also not appeared publicly with a romantic partner of any sort.

Besides, Hrush’s social media posts also do not suggest the makeup artist be dating anyone. However, she might prefer to live a private life and thus might be dating in secret. However, we cannot be too sure on the subject unless she confirms dating anyone herself.

Hrush immigrated to the United States with her family after the dissolution of the Soviet Union at the age of five. Although she has not spoken much about her family, the makeup artist has shared pictures of them on various occasions. She wished her mother, Tina Saakyan, on the occasion of mother’s day. She also has a brother and has featured him on a few of her posts.

Hrush has a height of 5 feet and 7 inches. She has a well-maintained body and possesses a curvy body. Besides, she also has stunning black hair.