Jacqueline Vanek is a podcast host and entrepreneur who is best-known as one-third of LadyGang. Besides having her own company, Jac has earned popularity hosting podcasts with two other female hosts. The group has earned huge appreciation and is also due for their own reality show. Regardless, there is much you should know about Jac Vanek.

Jac Vanek was born in 1987 in California. She celebrates her birthday on May 13, which makes her age 35. She holds American nationality and comes from White ethnicity. Jac graduated from UCLA in Design and Media Arts.

Jac Vanek Net Worth and Salary

While attending her first concert in high school, Jac developed a taster of the pop-punk scene, later laying the groundwork for her signature grunge designs. At UCLA, she designed her first bracelet and later launched her own company, Jac Vanek. She started selling apparel and accessories at music festivals around the country. She is now the CEO and founder of her own company. 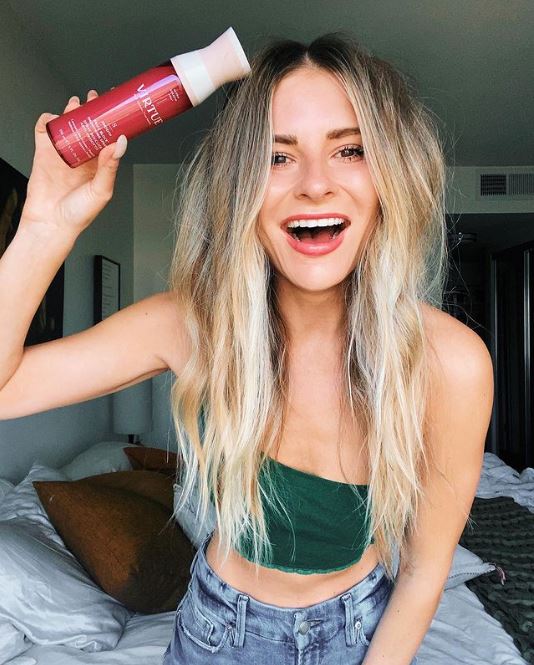 Besides, Jac has also earned fame as one-third of LadyGang. The group is popular for their podcast, The LadyGang. Other members include Keltie Knight and Becca Tobin. Moreover, Jac is also part of another podcast called The First Degree. LadyGang also has its own line of merchandise for sale on its website. Furthermore, they will also be hosting their own reality TV series on E! titled LadyGang. As of 2022, Jac Vanek is estimated to hold a net worth of $1 million.

Jac has been a popular icon on the internet with her podcast and company. Likewise, many of her fans are interested in knowing if the entrepreneur has someone special supporting her. If you were not aware, Jac is dating a musician named Jared Monaco. He plays the guitar for The Maine. Jac and her boyfriend have been together since 2018 but met in 2009 and remained friends. Moreover, her boyfriend also featured her during their third anniversary and wrote the most adorable caption.

“3 years with my ABSOLUTE COMPANION. Right after this glamour shot we went on a RAMPAGE at the craps table. Fitting, really. Seems my luck has been on point lately 😍 LOVE YOU JACQUELENE”, he wrote.

Besides, Jac is also not shy when it comes to sharing pictures of her boyfriend and has featured him many times for occasions like birthdays and Valentine’s day. During her recent birthday, her boyfriend planned an online party that included games, friends, wine, and other things. There is no news of Jac and her boyfriend tying the knot. However, we won’t be surprised when the news makes headlines.

Jac was born to her mother, May Vanek. She has not disclosed the name of her father.

However, she has featured both of her parents on social media.

Jac stands at the height of 5 feet 7 inches. She has a stunning body which she often flaunts on social media. Her facial features include her light brown eyes and blonde hair.

How old is Jac Vanek?

What is Jac Vanek's real name?

Jacqueline Vanek is her real name.

Where is Jac Vanek from?

What is the net worth of Jac Vanek?

Jac Vanek is worth $1 million.

Jac Vanek is not married and does not have a husband.

Who is Jac Vanek's boyfriend?

How tall is Jac Vanek?