Jason Kaplan has been one of the long members of the popular radio show, The Howard Stern Show. Starting as an intern, Jason holds the title of executive producer since his two-decade-long tenure. However, after going through a weight-loss journey, Jason has been making headlines ever since he announced his weight loss.

Jason Kaplan was born in 1979 in Stanhope, New Jersey. He celebrates his birthday on February 8 and is 42 years old. He holds American nationality and comes from White ethnicity. Moreover, he attended Roxbury High School and graduated from The State University of New Jersey.

Jason has been a part of The Howard Stern Show for a long time. He has been working on the show since 2001 and has worked his way up from an Intern to various producing titles, including Executive Producer. According to his LinkedIn, he worked as an associate producer for The Howard Stern Show from 2001-2005. Likewise, he also worked as a segment producer/photographer from 2006-December 2013. Moreover, Jason has also taken the role of photographer for HowardStern.com.

Jason is married to his beautiful wife, Janis. After dating for years, the pair tied the knot on November 8, 2008. Likewise, his marriage was attended by Howard Stern, Robert Quivers, Gary Dell’Abate and the major of The Howard Stern Show staff. Nonetheless, Jason and his wife share the same sense of humour. 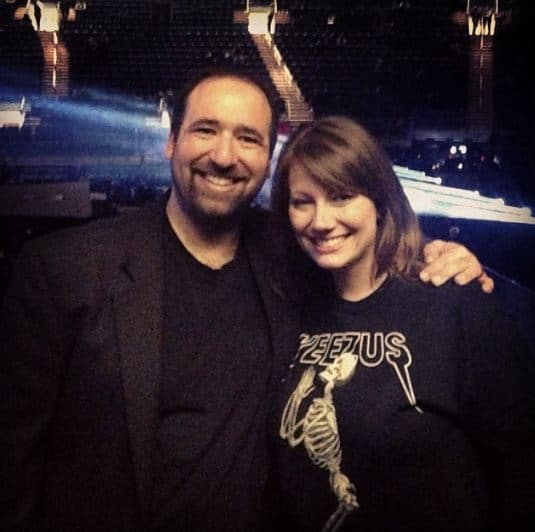 During his fifth anniversary, the producer mentioned his wife jokingly, suggesting her as a gold digger in a caption.

“Celebrating 5 wonderful years with my wife at the #Kanye concert. Now I’m not saying she’s a gold digger…”, he wrote.

Nonetheless, he has not shared many details on his relationship’s early years. However, the pair also do not share any children as of now.

Jason has not shared much about his parents. However, on January 29, 2015, he announced the passing away of his father.

“Rest in peace Dad, I will love you forever”, he tweeted.

Jason stands at the height of 5 feet and 8 inches. He had suffered from weight, but in May of 2021, he announced losing 53 pounds after joining a weight-loss program in January of 2021.