Jason Maybaum is a young American actor who has been earning huge attention for his role in Disney shows like Raven’s Home. Apart from the Disney show, he has appeared in many popular shows like Superstore and Workaholics. Jason is making waves in the acting industry with his talents at a very young age.

Jason Maybaum was born in 2007 in Los Angeles, California. He celebrates his birthday on August 31, which makes his age 13 and birth sign Virgo. He holds an American nationality and comes from White ethnicity.

Jason Maybaum is a young popular TV star. The young actor started his career at the age of seven and has appeared in numerous commercials, shows, and films. One of his earliest appearances includes Comedy Central’s Workaholics in 2011. Since then, Jason has co-starred in NBC’s Superstore, Blunt Talk, and was also a series regular in FOX’s The Perfect Stanleys. 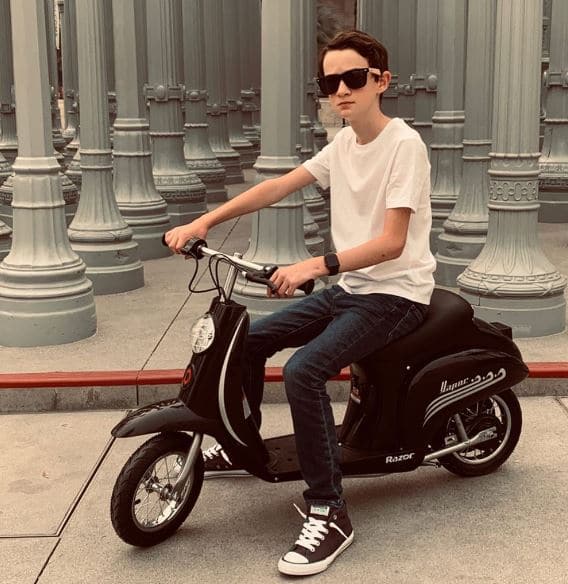 Nonetheless, he made his debut film appearance as Jed in Bitch in 2017, which premiered at the 2017 Sundance Film Festival. The same year, he also played the role of young George Lazenby in Hulu’s Becoming Bond. Likewise, he also earned a huge spotlight appearing alongside Raven-Symone on Disney’s Raven’s Home. In 2018, he starred in the Disney musical Freaky Friday. The actor played a role in the movie Desperate Waters in 2019 and voiced young Squidward in The SpongeBob Movie: Sponge on the Run in 2020. Furthermore, he had also appeared as a contestant on the ABC Dancing with the Stars: Juniors. As of 2021, Jason Maybum’s net worth is still under review.

Jason has earned himself a huge number of fans appearing in many popular films and Disney shows. Likewise, many of his fans are curious to know if the young actor has someone special in his life. However, being at a young age, Jason has not shared details on his private life. The actor has not mentioned dating anyone, and his social-media posts also do not hint at him having a girlfriend.

On the other hand, Jason also seems to be much focused on his career at the moment. Therefore, he might not have much time for dating. Regardless, Jason is also very young for a serious relationship. While he might be single for now, we will definitely see him finding someone special in the future.

Jason was born to his parents, Jerid Maybaum and Laurie Maybaum. While not much is known about his father, his mother also acts as his manager, and he has also featured her on his social media. On the other hand, he also has an older sister featured in one of his social media posts.

As Jason is still in his growing age, his body seems to be changing every year. He had a last measured height of 4 feet and 11 inches. The handsome young boy has brown-colored hair and dark brown colored eyes.