Kenya Simon Duke is a TV personality, businesswoman, and entrepreneur. She is the owner of Premier Sports and Corporate Travel and is best known for appearing on her husband’s show, Gray Owen: Breakin’ Out the Park. Kenya and her husband did not get to celebrate their wedding in a joyful tone like many others, as many disasters struck on their special day.

Kenya Duke was born in 1974 in the United States. She celebrates her birthday on 26th July, which makes her age 48. She holds an American nationality and comes from African-American ethnicity.

Kenya Duke Net Worth and Salary

Kenya Duke is an entrepreneur and businesswoman. Likewise, she also holds the position of the CEO of her own company, Premier Sports and Corporate Travel Company. Her firm provides support for independent film and TV productions, music tours, and professional and college sports teams. 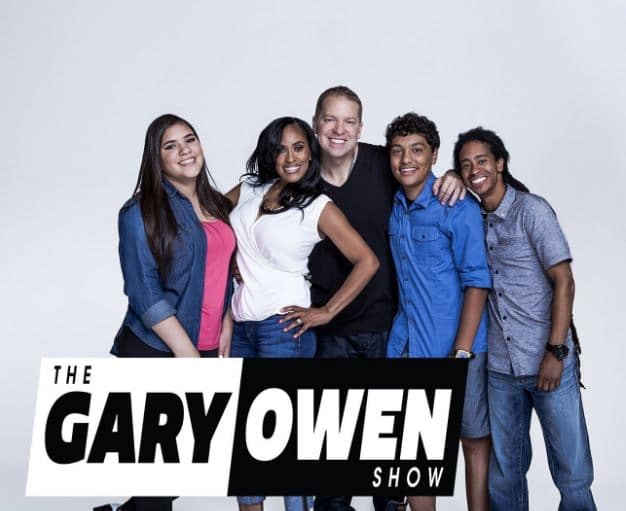 Besides, Kenya had also made an appearance in the TV special documentary, “DeRay Davis: Power Play” in 2010. Her other appearance includes in Aries Spears: Hollywood, Look I’m Smiling, and Gary Owen: Breakin’ Out the Park. Besides, she has also appeared alongside her husband in other shows such as The Steve Harvey Show and The Gary Owen Show. As of 2022, Kenya Duke has an estimated net worth of $8 million. And her husband possesses a net worth of $3 million.

Kenya is married to her amazing husband, Gary Owen. Her husband is best known for his career in comedy and stand-up comedy. After getting her number, the duo first met at a comedy club, and Gary called her immediately. Gary shared,

“I was like, ‘Look, I know I’m supposed to wait three days, but you’re gonna meet a lot of dudes in three days. I’m just letting you know now I’m interested.’”

Nonetheless, the pair tied the knot on July 19, 2003. However, their wedding had its own fair share of ups and downs as their special day turned into a disaster after the preacher left, the baker dropped the wedding cake, and a fight ensued.

Despite their first disastrous wedding, the pair planned a secret second wedding. The romantic pair renewed their marriage vows on December 20, 2015. She shared a picture of their renewed anniversary on Instagram thanking her husband for being with her for 20 years.

However, it is said that the duo has now divorced.

Kenya has not shared many details regarding her parents. She was born to her mother, Barbara Jean Cooper. Likewise, her father passed when she was only six and was in the navy.

Kenya has a height of 5 feet 4 inches. Likewise, she has dark curly hair and skin. She possesses a stunning body with a curvy figure.

What does Kenya Duke do for a living?

Kenya Duke is a business person.

How old is Kenya Duke?

Where is Kenya Duke from?

Kenya Duke hails from the United States of America.

What is the net worth of Kenya Duke?

Kenya Duke is worth $8 million.

Who is Kenya Duke's husband?

Kenya Duke is married to her husband, Gary Owen.

What is Kenya Duke's real name?

How tall is Kenya Duke?