Kobe Bryce Lankford is a YouTuber who grew popular with his self-titled channel. He has earned thousands of subscribers with his videos on skits, challenges, vlogs and pranks. Likewise, he is also popular on other platforms, including Instagram.

Kobe Bryce Lankford was born in 2001 in the United States. He celebrates his birthday on July 28, which makes his age 19. He holds American nationality and comes from mixed ethnicity of White and Black.

Kobe is a YouTube star who started earning popularity from his channel, “Kobe Bryce !”. He started his channel in July 2013. However, the first uploaded a video titled, “MY FIRST YOUTUBE VIDEO! | KOBE !” on June 11, 2017. Later, she started uploading skits, challenges, pranks and commentaries. Likewise, his videos like “What Guys Find Attractive In Girls!! || MUST WATCH ||” and “I THINK I HAVE A CRUSH…*we just friends*:” has over a hundred thousand views. 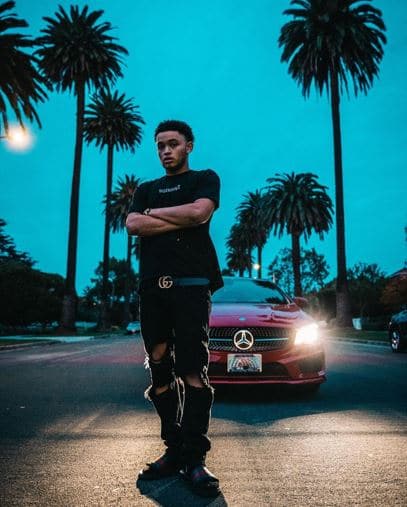 Kobe has over 229k subscribers and over 14 million views on his channel. Besides, he is also popular on Instagram, where he has over 161k followers. Nonetheless, Kobe Bryce Lankford is estimated to hold a net worth of thousands as of 2021.

As a popular YouTuber, Kobe has earned many fans and followers through his YouTube channel. Likewise, many of them are interested to know more about the dating life of YouTuber. Kobe first brought light to his dating life by uploading a video with the Instagram personality, Yasmeen Nicole, in “I THINK I HAVE A CRUSH…*we just friends*” in January of 2018. However, after many videos together, Kobe uploaded a video revealing that the pair broke up in December 2019.

In 2020, he featured a girl named Emerald in his videos. He featured her in three of her videos, and in the last one, he told her that he liked her. However, the pair did not end up dating. In a Q&A video in October 2020, he mentioned talking to someone but mentioned they were not dating. Moreover, he also did not reveal the identity of the person. The YouTuber has not updated on his dating life since then.

Kobe has not shared details on his parents. However, he has featured them in a few of his videos. The YouTuber was born to an African-American father and a White mother.

Kobe has not shared the exact details of his body measurement. He has a tall height and a fit, muscular body. Likewise, he possesses black coloured hair and brown coloured eyes.