Kyle Mooney is an actor, comedian, and writer who is best known for his SNL performance. Moreover, he has also been featured in shows such as Jimmy Kimmel Live! And Sports Show with Norm Macdonald. Kyle was also the co-writer for Brigsby Bear and has appeared on the HBO comedy series Hello Ladies.

Kyle James Kozub Mooney was born in 1984 in San Diego, California. He celebrates his birthday on September 4, which makes his age 36 and zodiac sign Virgo. He holds an American nationality and comes from White ethnicity. The actor attended the University of Southern California.

Before joining SNL, Kyle co-founded the sketch comedy group, Good Neighbor in 2007. He joined SNL in 2013, and he made his debut as a featured player. Likewise, he also brought his YouTube characters in SNL, including the “4/20 weed-smoking guy”. He has impersonated various celebrities, including Jeff Bezos, Michael Jackson, Steve Jobs, Pope Francis, Axl Rose, and many others. 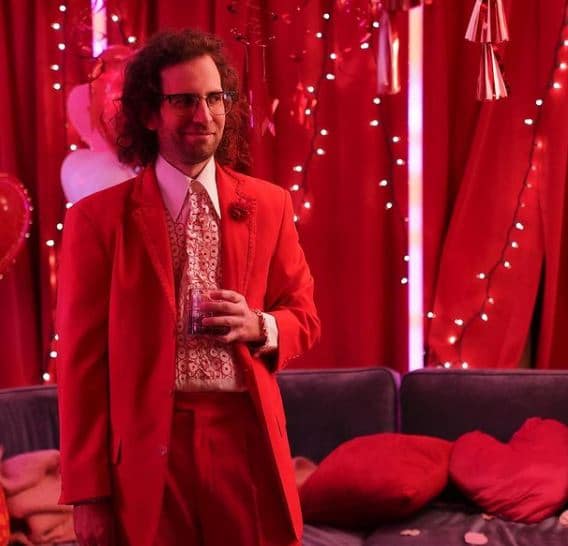 The actor’s success also comes from his YouTube channel, where he had posted many short comedy sketches. Moreover, Kyle has also appeared in many movies such as iSteve, Playing It Cool, Zoolander 2, Brigsby Bear, Batman vs. Teenage Mutant Ninja Turtles, and Spree. His TV credit includes Parks and Recreation, Nathan for You, Arrested Development, and many others. As of 2021, Kyle Mooney holds a net worth of $3 million.

Despite being a comedian, Kyle has maintained a very private life. Many of his fans are often asking the comedian if he has a girlfriend. However, many thought the actor to be dating his SNL co-star, Leslie Jones. Moreover, the alleged duo pranked their fans with a sketch in SNL. In the sketch “Leslie & Kylie,” the pair interact in a fake relationship that managed to fool many of their fans.

Regardless, we can assure you that the duo is not in a serious relationship. Nonetheless, Kyle has not mentioned dating anyone, and his social media also does not hint at him dating anyone. He seems to be single and has no romantic partner at the moment.

Kyle Mooney was born as the youngest son to his parents, Linda and Brian Mooney. His mother is a former The San Diego Union-Tribune reporter, while his father is an environmental consultant and planner. Likewise, he has two older brothers, Sean and Ryan.

Kyle has a height of 5 feet and 7 inches. Likewise, the actor has a slim build body. He has black curly hair and brown-colored eyes.