Laci Mosley is an American actress, comedian, and podcaster best known for co-starring in the Pop comedy series, Florida Girls, and hosting the podcast, Scam Goddess. In 2021, she joined the cast of HBO’s A Black Lady Sketch Show and the iCarly revival series.

Originally from Terrell, Texas, Laci Mosley was born on 4 July 1991, which makes her a Cancer. The 30-year-old comedian is American by nationality and belongs to the African-American ethnicity. She graduated with a Bachelor’s degree in Marketing and Performance from the University of Pittsburgh in 2013.

Mosley performs improv comedy at UCB Los Angeles and performs a show called #TrapProv with her comedy partner Priscilla Davies. She is also the creator of the podcast Scam Goddess, where she discusses historic and modern cons with comedian guests.

Apart from being a comedian and podcaster, Mosley is also an actress. She had her first lead acting role on the 2019 Pop comedy series Florida Girls. She has also acted in supporting roles on Insecure, Single Parents, and The Wedding Year. Besides, she provides commentary on Whoopi Goldberg’s ABC true crime series The Con.

In 2021, Mosley joined the main cast of A Black Lady Sketch Show’s second season and the upcoming iCarly revival. She is also set to star in the upcoming digital series Scroll Wheel of Time on Eko.

Mosley makes a decent earning out of her acting career and improv comedy. She has earned hundreds of thousands of dollars from her impressive professional career. As of 2021, she has an estimated net worth of $500 thousand.

Mosley takes love and dating much more seriously. She opened up about being bisexual in January 2019 on an episode of the podcast Reality Bytes. Though the comedian hasn’t dated any women, she has made out with some. 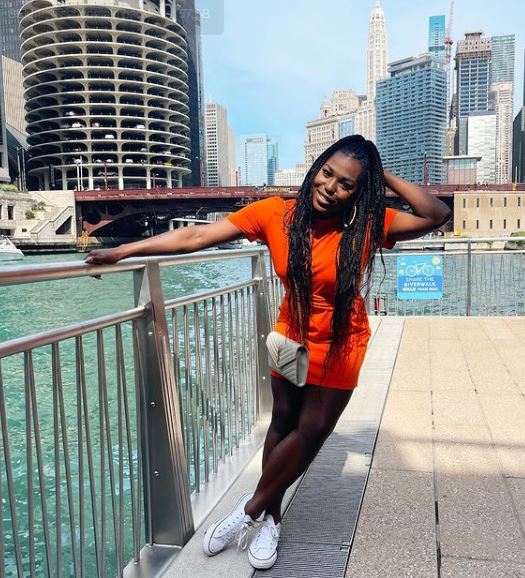 As of now, Mosley is apparently single. She hasn’t announced being in a relationship with anyone. Her social accounts are also void of her possible love affair.

Mosley is quite private about her personal life. She hasn’t talked much about her parents and family background. All that is known is that she attended the same high school as her mother, Lori Bishop.

Before coming out as bisexual, Mosley kept trying to hint her parents that she was bi, but they used to laugh.

The Florida Girl actress has a short height of 5 feet 1 inch. She has a well-maintained, fit body that weighs around 55kg. Her black eyes and black hair provide a perfect complement to her brown complexion.