Lauren Hashian made headlines when she started dating the famous WWE player, Dwayne Johnson. However, the couple is breaking the news as they just announced their wedding and has kept the internet captive from their adorable wedding pictures.

Lauren was born on September 8, 1984, and is 34 years old. Laurens’ nationality is American, and her ethnicity is mixed. Her zodiac sign is Virgo. She shared her childhood with Adam and Aja.

Lauren Hashian earned a name for herself when she made it to the finals on the reality show, R U the Girl. Even though Lauren could not win the competition, the show helped start-off her singing career. In 2013, she released, “Memory” followed by other singles such as “Go Hard.” 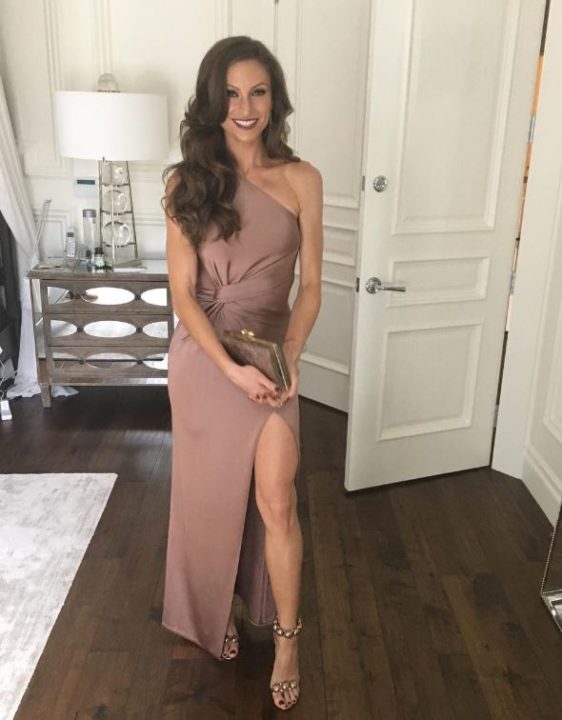 Furthermore, she works as a songwriter along with her sister and is the co-writer of the song, “Only You,” with rapper, YaBoi Shad. The singer has worked for Paramount Pictures and Warner Music group before working independently. As of 2019, Lauren possesses a net worth is $5 Million.

Lauren is married to her long-time boyfriend Dwayne Johnson. Dwayne is a former WWE player and an actor. Some of his hit movies are Jumanji, Hobbs, and Shaw, Fast and Furious, and much more. Lauren and her boyfriend first met each other at the set of The Game Plan in 2006. However, Dwayne was already married to producer Dany Garcia, but the couple in the year 2007.

Upon his separation, Dwayne and Lauren started dating before introducing their first daughter, Jasmine in December 2015 and second daughter Tiana in April 2018. Likewise, Dwayne also shared a daughter, Simone, with his ex-wife.

Since the couple already had two cute daughters, the only thing left was to be married. Consequently, Lauren and Dwayne Johnson finally tied the knot on August 18, 2019, in Hawaii.

Dwayne shocked his fans after he posted pictures of him and his newly-wed wife on Instagram with captions that read, “We do. August 18, 2019. Hawaii. Pomaikai (blessed). Congratulations from big stars such as Kevin Hart and Tom Brady soon flooded their social-media. Lauren and her husband are living their first life as a married couple with their two adorable daughters.

Lauren is born and raised in Lynwood, Massachusetts, USA. The singer is the daughter of Sib Hashian and Suzanne Hashian. Her father is a musician and was famous for being the drummer for the band Boston. She also has two siblings Adam and Aja. Laurens’ father played great importance in bringing interest in music to Laurens’ life.

Lauren stands average with a height of 5 feet and 8 inches and has a very slim body despite giving birth to two daughters. Moreover, Dwayne Johnson was held captive from her captivating blue eyes and brown hair.