Leslie Ann Sykes is a news anchor, reporter, and journalist who has been with ABC7 since 1994. She is the morning and midday co-anchor of the “Eyewitness News” at KABC-TV in Los Angeles.

Originally from San Diego, California, Leslie Sykes was born on June 27, 1965, under the star sign Cancer. The 57-year-old news anchor is American by nationality and belongs to the African-American ethnicity. She attended St. Joseph High School. Later, she went to Spelman College in Atlanta, Georgia, where she majored in and received a degree in English.

Leslie Sykes Net Worth and Salary

After graduation, Sykes started working as a general assignment reporter at the Los Angeles Herald Examiner. She then completed an internship at KCOP and served as a desk assistant at KTTV. Finally, she booked herself her first on-air job at WDAM in Hattiesburg, Mississippi.

At WDAM, Sykes was responsible for reporting and anchoring three shows a day. She then went on to work at WVUE in New Orleans, Louisiana. In December 1994, she began working as a general assignment reporter for KABC-TV’s Eyewitness News program in Los Angeles. She was promoted to co-anchor the weekend edition of the Eyewitness News in June 1999.

Sykes’ effort, time, and talent in her career on the air have paid her with sufficient wealth and fortune. She receives a handsome salary for working as an anchor on Channel 7’s morning news. As of 2022, Leslie Sykes holds a net worth of $1 million.

Sykes is happily married to her longtime husband, Patrick W. Spann. Her husband is the director of Enterprise Data Warehousing at Warner Bros Entertainment Inc.

Sykes hasn’t unveiled any information about what her wedding was like and when she first met her loving husband. All that is known is that she shares a son, Patrick Jr, with her husband. The family of three live happily in the View Park-Windsor Hills neighborhood of Los Angeles.

Sykes was born as the youngest and the third daughter to parents Abel Baxton Sykes, Jr. and Sylvia Mae Thierry Sykes. She grew up with two older sisters – Dawn Carol Sykes and Daphne Grace Sykes.

Her father worked as an administrator for Compton Community College. Sadly, her father passed away on December 19, 2012. Likewise, she lost her mother on July 5, 2021. 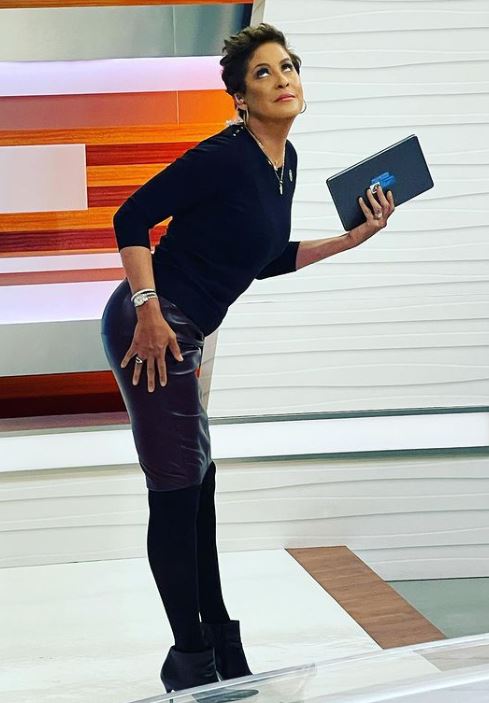 Sykes has a decent height of 5 feet 6 inches. She is a woman who has aged gracefully and still possesses a well-maintained, fit body that weighs 66 kg. She has brown hair and brown eyes.

How old is Leslie Sykes?

Where was Leslie Sykes born?

How much is Leslie Sykes' salary?

What is the net worth of Leslie Sykes?

Leslie Sykes net worth is $1 million.

Where is Leslie Sykes today?

Leslie Sykes is a married woman.

Who is Leslie Sykes husband?

How tall is Leslie Sykes?