Lori Greiner is one of the most successful inventors and entrepreneurs, best known for her investments, which she makes in the hit entrepreneurial business show Shark Tank. She started with one idea and eventually turned it into a multi-million dollar international brand. She is one of the most prolific inventors of retail products, currently holding over 120 U.S. and international patents.

Originally from Chicago, Illinois, Lori Greiner was born on 09 December 1969 under the star sign Sagittarius. The 51-year-old inventor is American by nationality and belongs to Caucasian ethnicity. She majored in Communications from Loyola University Chicago.

Initially, Greiner worked for The Chicago Tribune during her college days. She also worked as a playwright, jewelry designer, and seller for a brief period. She then created and patented a plastic earring organizer in 1996. Fortunately, J.C. Penney picked up her product and Greiner made over $300,000 in just eighteen months. Since then, she went on to patent products in different categories, such as cosmetic, jewelry, travel, electronics, and household items.

Before transitioning to QVC, Greiner expanded her company, with her product in the retail store Bed, Bath and Beyond and appearing on Home Shopping Network. In 2000, she launched her show Clever & Unique Creations by Lori Greiner on QVC-TV and continued to host 18 years. 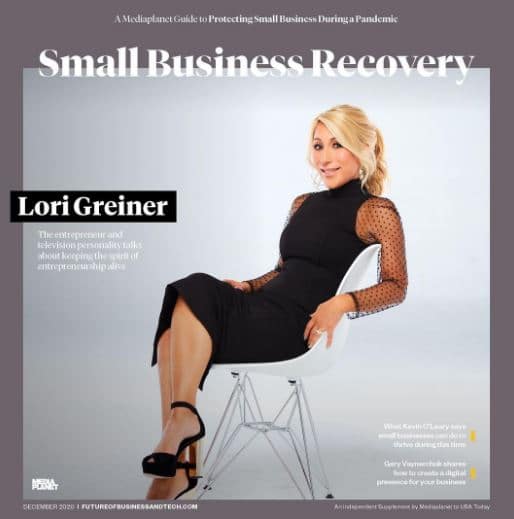 Greiner then joined the 6x Critic’s Choice Award-winning and 4x Emmy Award-winning show, Shark Tank in 2012. Her investment in Scrub Daddy, which she made in 2014, is regarded as one of Shark Tank history’s biggest successes. She has invested in over 100 products, with a 90% success rate.

Greiner is also an author whose book “Invent It, Sell It, Bank It! – Make Your Million Dollar Idea into a Reality” became a National Bestseller and made to Wall Street Journal’s top business books of 2014. She is also a much sought after speaker for big companies such as IBM, PayPal, Chase, and several others.

Greiner is one of the most successful businesswomen and inventor. She is a self-made multi-millionaire, and her riches continues to grow every year. As of 2020, Greiner’s net worth is estimated at $150 million.

The inventor is happily married to her husband, Dan Greiner since 2010. Although the duo has been married for ten years, they have not welcomed any child yet.

Greiner met her future husband in a bar named Kincade in Chicago. At the time, Dan was working as an assistant controller at Bell & Howell Co., a US-based machinery manufacturing company. Later, Dan left his job and joined Greiner’s company as a manager.

Greiner began dating Dan after he joined her company. After dating him for a few years, the two tied the knot and announced each other husband and wife.

As of now, Greiner’s husband is the CFO and Vice-President of her company.

Greiner was born to American parents who got divorced when she was only nine years old. After her parents’ divorce, she began living with her Psychologist mother. Her father was a real estate developer.

Greiner got her inspiration to become an entrepreneur from her parents as they never did a job and were involved in their own business. 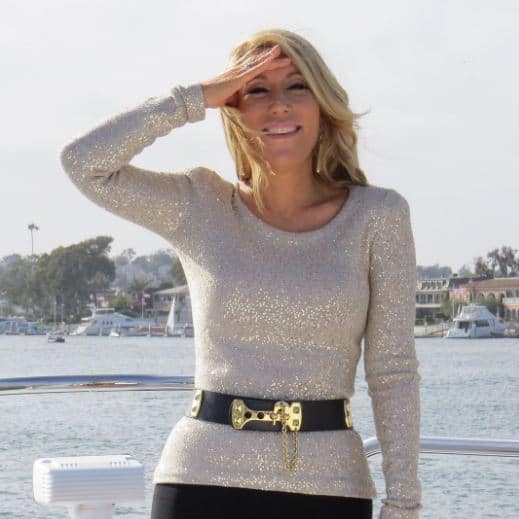 Greiner has a decent height of 5 feet 4 inches. Because of her age, she has gained some weight and weighs around 60 kg. Her blue eyes and blonde hair provide a perfect complement to her astounding beauty.