Lucky Blue Smith is a model, actor, and musician, best known for his signature blonde hair and a runway model. He got his first break in the modeling world at a mere age of 12. He was signed by the famous modeling agency, Next Management, and dyed his hair as per their suggestion. That turned out to be the talking point of his career. Since then, Smith has appeared for campaigns like Calvin Klein, L’Oreal, Penshoppe and so on.

Smith was born in Spanish Fork, Utah on 4th June 1998. He is part of the white ethnicity and holds an American nationality. His birth sign is Gemini. Dallin and Sheridan gave birth to this amazing talent along with three elder sisters. Smith is an intelligent kid even though he was homeschooled.

Smith started his career as a model in his pre-teens along with his three sisters with the Next LA Agency. Eventually, he got his break at the age of 12 when he signed with Next management. Who would have thought that dying hair from ash blonde to platinum would be the turning point of a model’s career? However, that proved to be lucky for Smith as the journey of his modeling career took off with that.

Since then, Smith has worked for several agencies as a runway model like Ralph Lauren, Versace, Tom Ford to name a few. He also featured in the cover of magazines like French Vogue, Ferragamo, Harper’s Bazar and so on. 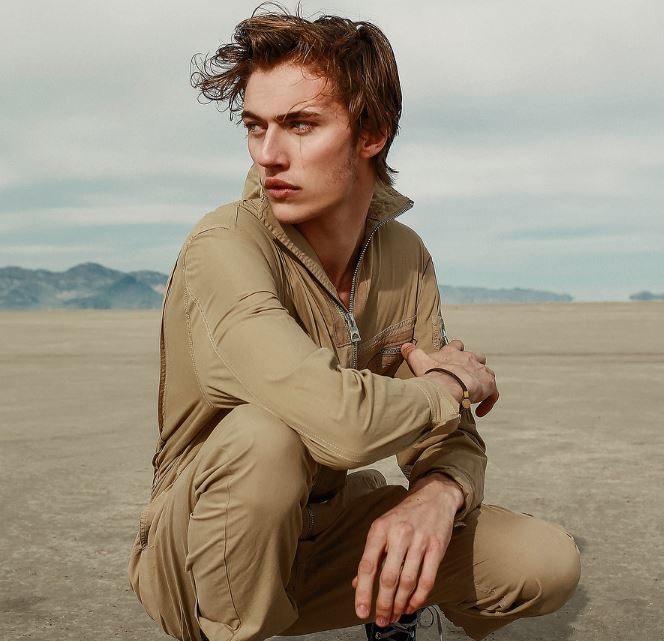 Apart from modeling, Smith was also part of the movie, Love Everlasting, where he portrayed the character of a high school teenager. With all of this in his grasp, the model’s net worth is estimated to be around $1 million.

Dating, Girlfriend, or Married? Has a Daughter

Smith is a handsome young man who has been causing a stir in the fashion industry with his stunning looks. With these looks and awesome personality, it is quite difficult to see him being a single father. Surprising right!!! However, its true, according to sources, Smith is currently single as he broke up with his former girlfriend, Stormi Bree.

The actual reason for their breakup still buzzing in the industry as different people have different opinions. Even after their breakup, Smith and ex-girlfriend take their time out to spend time with their daughter, Gravity. Lucky is always seen posting pictures of his daughter on his Instagram account of how lucky and proud he is to have a daughter.

Smith was born and raised in the beautiful city of Spanish Fork with his three elder sisters. His parents, Dallin and Sheridan, have always supported him for his modeling career. He also published a book titled, Stay Golden, with his dad being a co-author and his inspiration for writing the book. 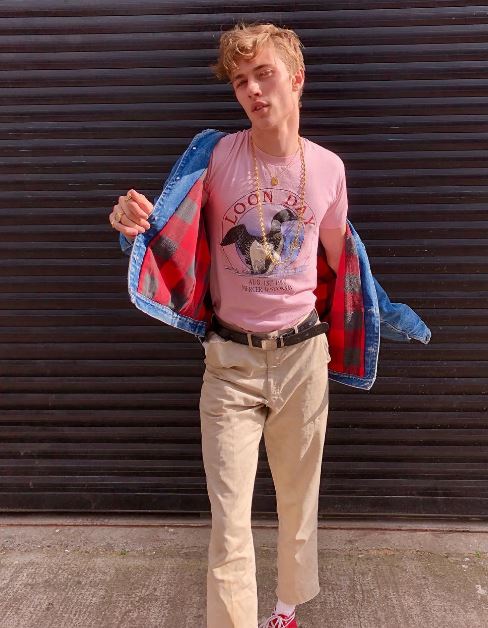 Smith stands tall with a height of 6 feet and 3 inches and weighs about 76 kilos. His blue eyes and platinum blonde hair make the girls go crazy for him.