As the long-awaited Mortal Kombat reboot finally hit theatres, viewer’s eyes were glued by the amazing fight choreography. Likewise, many viewers could not stop talking about Ludi Lin who plays Liu Kang in the movie. Besides, many might also recognize him from his performance in Power Rangers and Aquaman.

Ludi Lin was born in Fuzhou, China in 1987. He celebrates his birthday on November 11, which makes his age 33. He holds Chinese-Canadian nationality and comes from an Asian ethnicity. He spent the bulk of his youth in Australia and graduated from the University of British Columbia.

After studying film and acting in LA, Ludi started his career with roles in short films in 2011. He initially appeared in The Intruders followed by other roles in The Shannon Entropy, Loners, Stasis, and Holiday Spin in 2012. Likewise, he also had an appearance in the TV series Marco Polo and Monster Hunt in 2014.

His well-known role comes in the 2017 Power Rangers movie as Black Ranger. Moreover, he also made an appearance in the popular DC movie Aquaman in 2018. In 2019, the actor appeared in an episode of Black Mirror. After appearing in The Ghost Bride and Son of the South, his other notable role came as Liu Kang in the 2021 action movie Mortal Kombat. He was well praised for his fighting choreography. The same year, he also appeared in the 2021 TV series Kung Fu. As of 2021, Ludi Lin’s net worth is estimated to be in the thousands.

Ludi has earned huge attention from his recent role in Mortal Kombat. Likewise, he also earned quite many viewers for his amazing lean muscular body. Nonetheless, many of his fans are interested to know if the actor is dating anyone or has a girlfriend. However, it seems Ludi is single at the moment. His social media shows no signs of him dating.

Likewise, the actor has also not mentioned having a girlfriend. He also seems busy focusing on his career at the moment. Regardless, we might have to wait to know more about the personal details of Ludi Lin.

Ludi has not shared many details about his family. However, he has shared few pictures of his mother on his social media. His mother is a theatre artist who inspired Ludi to follow in her footsteps.

Moreover, his family also includes his sister, whom he has featured on Instagram. 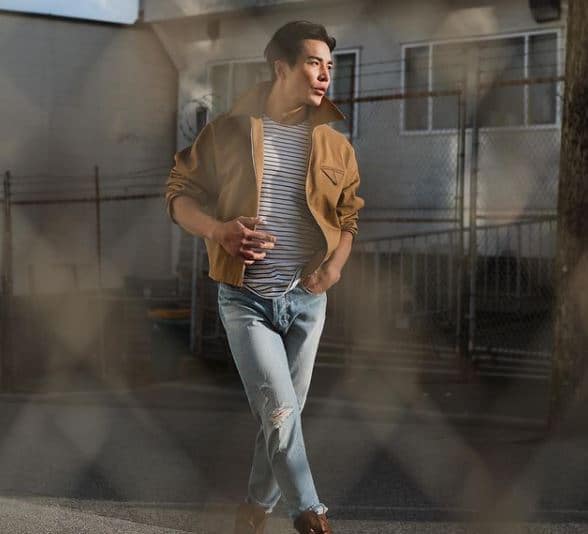 Ludi Lin has a height of 5 feet and 10 inches. Likewise, he is also a martial artist studying Muay Thai and JiuJitsu. Therefore, the actor has an attractive well-maintained body. He possesses black-colored eyes and hair.