BGT is the show that hones exceptional talents, and this time in 2018 BGT show, we got to see an outstanding magician Marc Spelmann. He is the one to get first 2018 golden buzzer straight from Ant and Dec. The man wows everyone with his talent but has an emotional story. Let’s know more about him, his career, and family details through this wiki!

Born in 1972, Marc Spelmann is best known as BGT contestant, a magician, author, creator, and a mentalist. His hometown is in London, England. He was born to the house of his parents, Valerie and Stanislaw. The 46 years old English magician is known for mental acts and paranormal performance. He holds British citizenship and is of white English, British ethnicity. He attended Barnet College and Southgate College for studying illustration, art, and design.

Marc started his career as an apprenticeship in 1990. After self-studying magic tricks, he began performing his ideas and skills in 1994. Till date, he has performed in different events and programs. He performed for state heads and celebrities including HRH Prince Charles, Bob Geldof, Eric Clapton, Jack Nicholson, Hugh Grant, and Richard Branson.

Spelmann has specialized himself in illusion and paranormal demonstration, which helped him getting featured in top rated magazines including The Express Newspaper, GQ Magazine, and The Mirror. As he started working in illusion and magic shows more than two decades ago, we assume his net worth to be almost $1 million. His real income and salary per year are not disclosed yet. 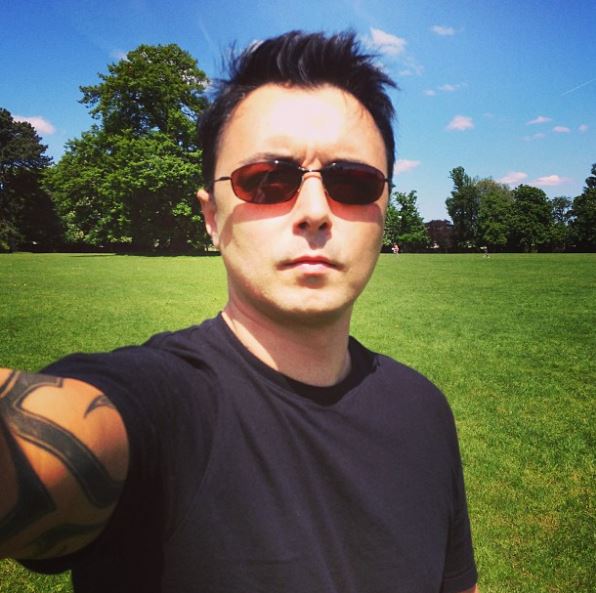 Performance at Britain’s Got Talent 2018

Marc performed in BGT show on 14th April 2018, Saturday; which made most of the judges and audience cry. He went to the audition along with his daughter and wife Tessa. He started by approaching all judges with different props.

Spelmann asked David to select a random crayon from the box, Amanda to create a unique Rubik’s cube pattern, Alesha to choose one card from a pack of baby cards, and Simon to circle in ‘Harry Potter’ book’s page without looking at it. He then gave an insight into what real magic is.

On the big screen, he revealed his heart-touching story at first; and what came after made him greatest magician of all time. His performance was complete when he showed his daughter drawing lines with red crayon, sleeping with puppet penguin, Rubik’s cube with the same pattern, and saying ‘hat’ word.

Right after the performance, all judges stood up, along with every audience in Radio City as standing ovation.

I have a feeling this act is going to change your life. It was unbelievable.

Alesha said his act to be magnificent:

I’ve been doing this show for 7 years and I never ever thought a magic act will move me like that. It was magnificent.

After remarks, when the judges were going for a vote, Ant and Dec stopped them and hit the very first golden buzzer of 2018.

Marc is married to his beautiful and supporting wife Tessa Steven. According to his Instagram account, the duo married on 23th August 2013.

He posted a picture with a caption:

His wife is a professional beautician, who is also an owner of two beauty clinics. She won 2007-2017 IIAA award and was a finalist of 2017 Professional Beauty U.K.

Marc is a proud father of his daughter Isabella, who was born on 23rd December 2015 and is just two years old. In his most recent performance, she played a key role. She is a healthy child, with whom he loves to share most of his time.

In an interview with the Mirror, Marc explained how he thought – will Tessa make it, is the baby going to make it? Tessa went through a reduced form of chemotherapy and gave birth to her little daughter. However, she was born two months premature via C-section.

As of now, Marc is living happily with his wife and daughter. For more updates regarding his height and size, stay tuned to BioWikis.com.