Margaret Qualley is an actress who earned attention upon appearing as Pussycat in the 2019 Quentin Tarantino’s comedy-drama Once Upon a Time in Hollywood. Likewise, she has also appeared in shows and movies like Leftovers, The Bice Guys, and Death Note. The actress has earned nominations for a Primetime Emmy Award for her role in 2019 Fosse/Verdon.

Sarah Margaret Qualley was born in 1994 in Montana, USA. She celebrates her birthday on October 23, which makes her age 26. She holds American nationality and comes from White ethnicity. The actress studied ballerina at the American Ballet Theatre and later attended the Royal Academy of Dramatic Art. She had also attended New York University but left after a semester for an acting career.

Margaret starter her career as a model at the age of 16. She modelled during Paris Fashion Week and walked for Chanel in the 2012 show. Likewise, the actress has modelled for various magazines, including Vogue, W, Teen Vogue, and others. In 2015, she signed with IMG Models and Uno Models Barcelona. Moving to her acting career, she first appeared on screen in 2013 in Palo Alto. The same ear, she was cast as a regular in the TV series, The Leftovers. 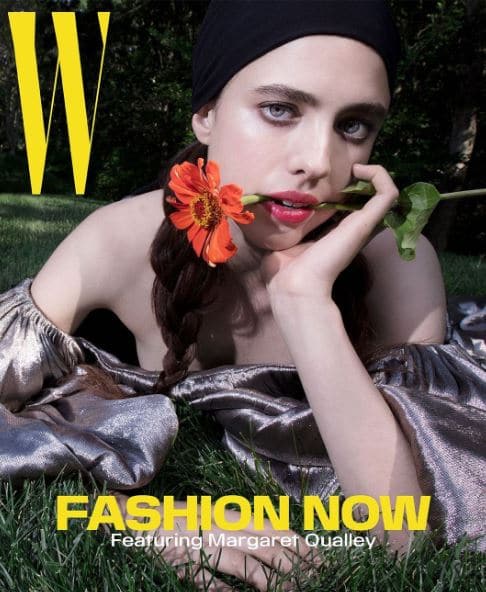 Margaret’s next appearance would be in the 2016 comedy The Nice Guys. In 2017, the actress starred in Novitiate, The Vanishing of Sidney Hall, Death Note, and Donnybrook. Her later appearance includes movies such as Native Son, Adam, Once Upon a Time in Hollywood, Wake Up, and My Salinger Year. Moreover, the actress will also be appearing in the main role of Alex in the TV series Maid. As of 2021, Margaret Qualley holds a net worth of $3 million.

Margaret’s dating life has often come into the highlight as she has dated various stars in the past. Recently, she was linked to the Hollywood star Shia LeBeouf. The pair started dating in 2020 and were often spotted together. Regardless, their relationship ended after her boyfriend was alleged for an assault. Before, she was rumoured to be in a relationship with Cara Delevingne in 2020. The actors had not spoken about their relationship, and the allegations lost their heat.

Likewise, a year before, she had a short-lived romance with the SNL star, Pete Davidson. They dated for a couple of months before calling it quits. From 2012-2014, the actor had dated her co-star from Palo Alto, Nat Wolff. Nonetheless, Margaret seems to be much focused on her career as she is set to appear on the film adaptation of The Stars at Noon. The actress is single at the moment.

Margaret was born to her mother, Andie MacDowell, and her father, Paul Qualley. Her mother is an actress and model, while her father is a model, musician, contractor, and rancher.

Margaret is the youngest amongst three siblings. She has a brother, Justin, and a sister, Rainey. Margaret’s parents separated when she was five years old.

Margaret has a height of 5 feet and 8 inches. The beautiful actress has a well-maintained, stunning body. Besides, the actress possesses dark brown hair colour and light blue eye colour.