Marla Gibbs is an American actress, comedian, singer, and television producer. She is well-known for playing sassy housekeeper Florence Johnson in the CBS sitcom “The Jeffersons” from 1975 to 1985, and as Mary Jenkins on “227,” which ran from 1985 to 1990. Since 14 June 2021, the Emmy-nominee has been celebrating life at 90.

Originally from Chicago, Illinois, Margaret Theresa Bradley was born on 14 June 1931 under the star sign. The 90-year-old actress is American by nationality and belongs to the African-American ethnicity. She graduated from Wendell Phillips Academy High School in 1949. Later, she joined Peters Business School in Detroit, Michigan.

Gibbs made her acting debut in the early 1970s. In 1975, she played the role of Florence Johnston in the CBS comedy series The Jeffersons, which earned her five Primetime Emmy Award nominations for Outstanding Supporting Actress in a Comedy Series and a Golden Globe Award for Best Supporting Actress.

Gibbs co-produced the NBC sitcom 227, where she played the lead role of Mary Jenkins and sang the theme song. In later years, she played supporting roles in films Lost & Found, The Brothers, Grantham & Rose, Lemon, and the TV show Station 19. In 2019, she reprised her role as Florence on Live in Front of a Studio Audience: Norman Lear’s All in the Family and The Jeffersons.

The character comedienne has also starred in several TV series such as Checking In, Martin, The Hughleys, Passions, The First Family, Scandal, and Black-ish, to name a few. In 2021, she guest-starred as Doris on season 4 of the CBS sitcom Young Sheldon. 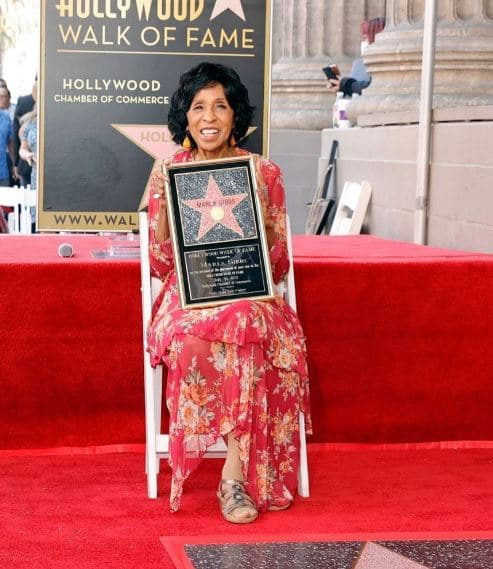 The Jeffersons actress has earned millions of dollars from her acting career that spans over five decades. She lives a luxurious life even in her old age. As of 2021, she has a whopping net worth of $4 million.

Gibbs married her high school sweetheart Jordan Gibbs in 1955. During their marriage, the couple welcomed three children – Angele, Dorian, and Joseph. Unfortunately, they divorced in 1973 after 18 years of marriage.

Gibbs’ daughter, Angela, is an actress who appeared in films such as Together Brothers, Think Like A Man Too and Drumline. Angela also produced an award-winning play by Christine Houston entitled 227.

The eight-time NAACP Image Award winner was born to parents Ophelia Birdie and Douglas Bradley. She is one of three daughters born to her parents. She has an elder sister and a younger sister. Her older sister is the late actress Susie Garrett who played Betty Johnson on the NBC series Punky Brewster.

Gibbs lost her father in 1947, and her mother passed away in 1967. She lived with her grandmother after the death of her father.

Gibbs stands tall at the height of 5 feet 8 inches. She has naturally black hair and a seductive deep voice. Because of her old age, she has a skinny body that weighs around 54 kg.