Marlon Wayans is an actor, comedian, screenwriter, and producer best known for making audiences laugh with his Scary Movie franchise. He hit a career milestone with his first-ever stand-up comedy special “Woke-ish,” which premiered on Netflix in February 2018. He is now set to star and produce an untitled Halloween pic for Netflix.

Originally from New York City, New York, Marlon Lamont Wayans was born on 23 July 1972 under the star sign Leo. The 49-year-old actor is American by nationality and belongs to the African-American ethnicity. After graduating from Fiorello H. LaGuardia High School of Music & Art and Performing Arts, he enrolled at Howard University in Washington, D.C. But he dropped out of college after two years.

Wayans began his acting career in 1988 portraying a pedestrian in I’m Gonna Git You Sucka. He then appeared with his siblings on In Living Color and co-starred with his brother Shawn Wayans in the WB sitcom The Wayans Bros from 1995 to 1999.

Wayans produced and co-starred in the first two films of the Scary Movie series with Shawn. He appeared as Tyrone C. Love in Requiem for a Dream and as Snails in Dungeons & Dragons in 2000.  He also produced the Nickelodean cartoon series Thugaboo. Furthermore, he had his own sitcom on NBC called Marlon, which is available on Netflix.

His other acting credits include White Chicks, Little Man, Dance Flick, G.I. Joe: The Rise of Cobra, Naked, A Haunted House, among others. In 2020, he appeared as Dean in On the Rocks. As of 2021, he is set to star and produce in an untitled Halloween adventure-comedy for Netflix. 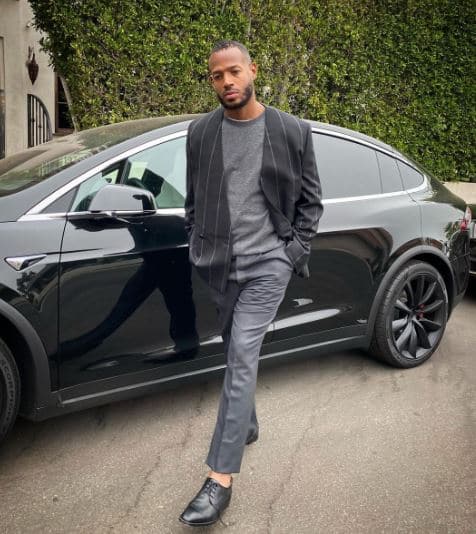 Wayans lives an expensive, luxurious life; thanks to the massive fortune that he made from his impressive career in Hollywood. He has accrued tens of millions of dollars throughout his three-decade-long career. As of 2021, he has a whopping net worth of $40 million.

The 49-year-old actor is a father of two grown-up children. But he’s never walked down the aisle.

The actor shares two children – Amai Zackary Wayans, 21, and Shawn Howell Wayans, 19 – with his longtime partner Angela Zackery. He began dating Angela in 1992 and ended his decade-long relationship with her in 2013.

In a recent interview, Wayans revealed the reason why he never got married. He said he never tied the knot because he knew his mom needed him. As the comedian lost his mother last year, he might be willing to marry the love of his life in the coming years.

Wayans is the youngest child of his parents – Elvira Alethia and Howell Stouten Wayans. His mother was a homemaker and social worker, and his father is a supermarket manager. He grew up alongside his nine siblings.

Wayans stands tall at the height of 6 feet. He has a well-maintained, fit body that weighs around 78 kg. He has black hair and dark brown eyes.