Max Keiser is an American filmmaker and Broadcaster, who is the host of Keiser Report that airs on Russian channel RT. He has hosted several programs like New Year’s Eve unique The Keiser’s Business Guide, The Oracle with Max Keiser and On the Edge. Max has produced and acted in a TV Series named, People & Power which airs on Al-Jazeera Network.

Max was born in New Rochelle, New York, USA on 23rd January 1960. He is of American nationality, and his zodiac sign is Aquarius. Later, he moved to London and settled there for a while and made his promise and returned to the USA after Donald Trump became the President.

After completion of theatre study from New York University, Max worked as a stand-up comedian as a part-timer and a stockbroker at Paine Webber. He has worked for various TV programs like Keiser Report, On the Edge and The Oracle with Max Keiser. 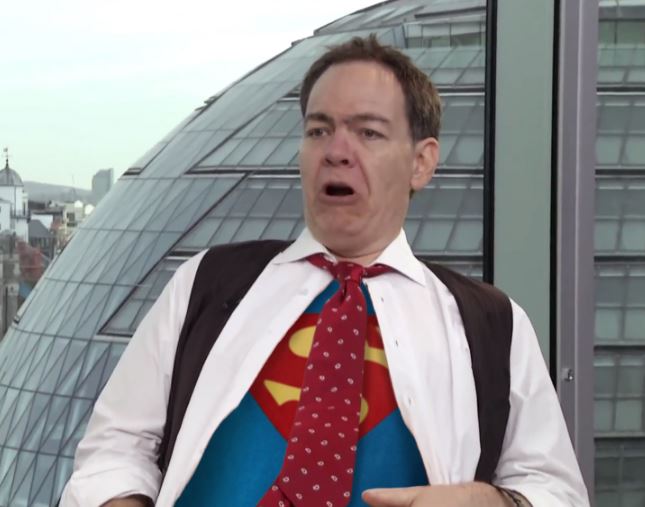 After moving to London, Max co-hosted the TV show named, Double Down which is about finance and markets on Radio Sputnik., He also writes for the Huffington Post. Alongside his career in TV shows, Max has produced a handful of Series like Rigged Markets, People & Power and Focus on Locusts. According to PayScale, the salary of a host is around $58,328 and for a filmmaker is about $48,557. As of 2018, Max’s net worth is estimated at $300 thousand.

Max met his wife, Stacy Herbert, in February 2003 and after staying in a relationship for more than nine years, they got married in November 2012. Stacy works as a TV Presenter and has co-hosted, The Truth about Markets, with her husband on Resonance FM in London. Besides that, she has co-hosted The Keiser report alongside Max on RT Network.

Max and Stacy have been together for more than 15 years and make public appearances together. In November 2016, Stacey pictured her husband while giving an interview at The Plant, a business park. In July 2017, the couple attended the Freedom Fest in Vegas and made their presence felt on Facebook. After six years of marriage, Max and Stacy are yet to give birth to a child, and we hope they cherish the proud moment of becoming parents.

Max resides in North Carolina after returning from London. He is married to a smart and gorgeous TV Presenter, Stacey Herbert. Other than that, there is no information regarding Max’s family background.

Max is tall with a height of 5 feet and 9 inches and continued to remain fit throughout his career.