Who is MightyDuck? Where is he from? What’s his real name? Where does he live? All these questions are all over the world. It is not because he is some sort of TV sensation, but because of his vines and short funny videos. Now let’s know him from close through this wiki!

Desmond English joined YouTube on the 10th of February 2014, and to date, his stats grossed over 150 million views. He has uploaded 200 videos in total in his official YouTube account. With more than 2.27 million subscribers, we can say his earnings to be in hundred thousand bucks. However, he hasn’t revealed his total worth to the media. 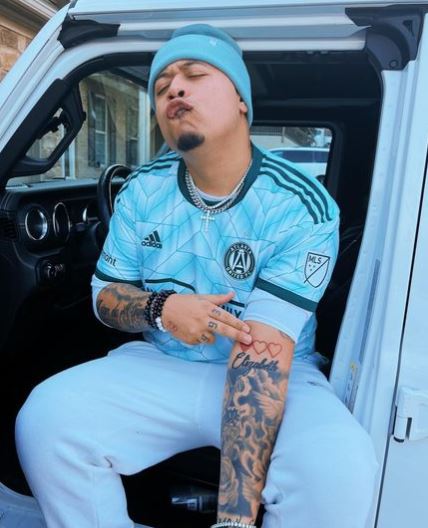 From different brand endorsements, sponsored videos and works, vines, and pranks, he is earning good revenue. Accounting for all his income, his net worth is estimated to be $500 thousand as of 2022.

MightyDuck is very close to his family. Born in Georgia, he spent his childhood blissfully. Not much information on his family members is found except her sister. He once shared a video together with his sister Mightly Neicy.

Also, he uploaded a video ‘My mom is so funny!!! Lmao’ on 5th September 2015. But, all those videos are taken down. However, he hasn’t mentioned his mom’s name to date. No information on his family is found anywhere.

Desmond aka MightyDuck is a married man. His girlfriend turned wife is Elizabeth Kim with whom he made numerous funny videos and family vlogs. Some wiki sources mentioned him to be dating her before marrying. There again, information on their dating is not known.

From the marriage, they have a son and a daughter. Their son is named Channing, and their daughter is named Emmalyn. Elizabeth, his spouse’s info on her age and nationality is not verified, yet she is also famous on Instagram and Twitter. She has 302 thousand followers on Instagram.

On the 12th of March 2022, Desmond uploaded a video on Youtube titled, ‘We’re Getting A Divorce.’

He explained the rollercoaster in his married life and explained how he and his wife almost divorced. However, they are not divorced and are living happily married life.

Desmond aka MightDuck is very much active on social media. He uses all social sites and has a mass number of followers all around the world. He has 7.7 million fans on his Facebook page and 2.2 million followers on his Instagram account. However, he only has 102 thousand followers on Twitter.

Q2. Who is MightyDuck’s sister?

Answer: MightyDuck has a sibling sister named Mighty Niecy, who happens to be a vine star.

Q3. Who is MightyDuck wife?

Q4. What is the net worth of MightyDuck?