Nichole Scherzinger is an American actress, singer, dancer and television personality. She is best known as a Lead Singer for Pussycat Dolls. Nicole also gained popularity for solo singing ‘Jai Ho’ in the movie Slumdog Millionaire. She has won several titles and later became one of the judges in the famous show known as ‘X Factor.’ She also won the tenth season of Dancing with the Stars. Nicole has sold over 16 million records as a solo artist and serves as an ambassador for UNICEF UK and the Special Olympics.

Nicole Prescovia Elikolani Valiente was born in Honolulu, Hawaii in the year 1978. Her birthday falls on June 29; she is currently 41 years old. Nicole holds American nationality and belongs to mixed ethnicities like Filipino, Native Hawaiian, and Ukrainian. Her zodiac sign is Cancer. She attended DuPont Manual High School. Later, Nicole went to Wright State University for her further studies in acting and musical theatre.

Nicole in her high school days participated and won Coca Cola Classic Talent. Later she appeared in the role of lead singer Eden’s Crush. After some years, Nicole became the lead singer of the girl band known as Pussycat Dolls. Pussycat Dolls have performed for more than 2,000 the U.S and coalition service members. Their first ever album ‘PCD’ was awarded Double Platinum status in the United Status. The girl group then launched their second album ‘Doll Domination’ was officially released in September 2008, their album was a great hit and hit the chart till number 4 on HOT 200.

Later Nicole started her solo career with ‘Her Name Is Nicole.’ She also sang ‘Jai Ho’ in the Bollywood Movie Slumdog Millionaire in the year 2008. In 2010, she took part in the famous show ‘Dancing with the Stars’ and won the tenth season of the show. Nicole then became the judge of the hit talent show, ‘The X Factor’ and ‘The Sing-off.’ She is also a recipient of Glamour Award for TV Personality 2013. 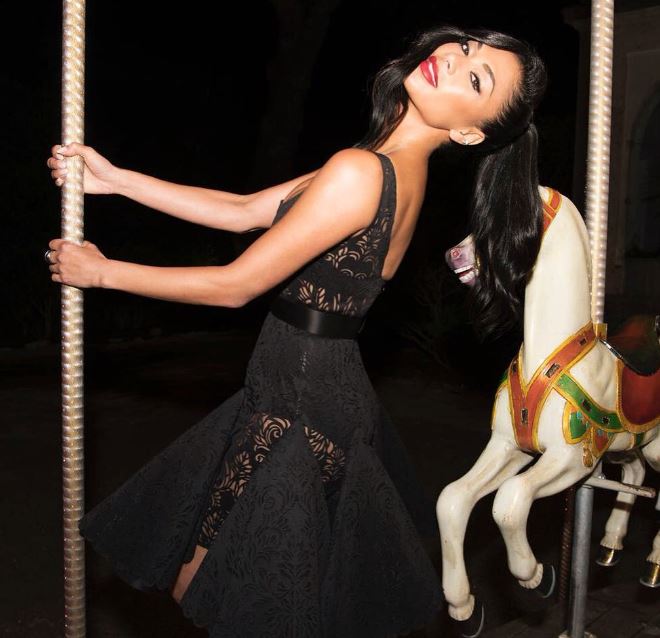 Nicole being a successful singer and television personality has gained a lot of popularity and love from her fans. It is obvious she has made an impressive amount of money and good fortunes from her profession. As of 2019, her total amount of net worth is $12 million.

Nicole was engaged to Nick Hexum; he was the lead singer of 311. They dated from 2000 to 2004. After her split with Nick, she maintained a high profile relationship with Formula 1 World Champion Lewis Hamilton. Their relationship was going on a smooth pace for seven long years until 2015; they called off their relationship in February 2015.

Nicole was dating Grigor Dimitrov, a Bulgarian tennis player who is 13 years younger than her. However, as per some sources, it is said that the couple split in May 2017. Recently, Nicole is not involved with anyone; we can say that she is single.

Nicole was to her parents, father Alfonso Valiente and mother Rosemary Elikolani. Her father is of Filipino descent, and her mother has Native Hawaiian and Ukrainian descent. Her parents separated when she was a very little, she along with her sister Kaela and her German American stepfather; Gray Scherzinger moved to Louisville, Kentucky. Nicole took her stepfather’s surname after he adopted her. 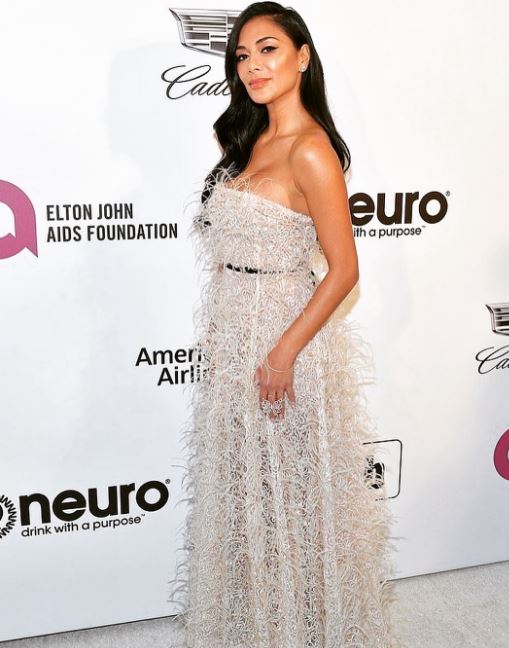 Nicole’s height measures 5 Feet and 5 Inches and weighs about 54 Kgs. Her eyes are dark brown in color, and her hair color is black.