Rob Marciano, an American journalist, and a meteorologist is known for his work as a TV reporter for the weekend editions of Good Morning America. Currently, he works for ABC News in replacement of Sam Champion. Before this, he worked for Entertainment tonight for twenty months. With his popularity as a journalist, Rob has garnered a total of 40k followers on his Instagram account.

Rob was born in Glenville, Connecticut on 25th June 1968. He is of American nationality and part of the mixed ethnicity, Italian and German. His zodiac sign is Cancer. He completed his graduation from Cornell University in Meteorology. There is not much information about his parents, and as a journalist, Rob knows how to keep his life a private affair.

Rob started his journalism career in 2003 where he worked as an occasional reporter as well as a substitute anchor for CNN Worldwide. He also worked for KATU-TV and 750 KXL News Radio as a chief meteorologist. 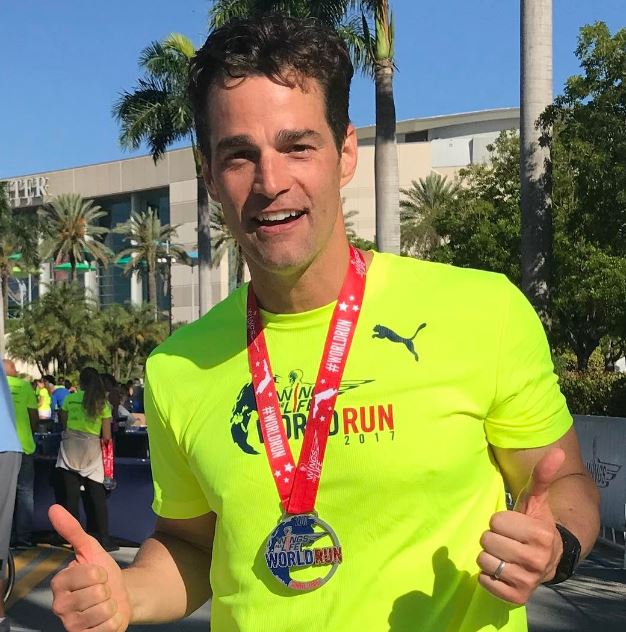 However, Rob’s career uplifted when he got appointed by the ABC News Company in 2014. As per Paysa.com, the average salary of a meteorologist in ABC is $76,000. He also worked as a co-anchor the TV Show, Entertainment Tonight in 2012 until he got a job in ABC News to replace Sam Champion. With all these works, Rob has accumulated a net worth of $2 million.

Rob works as a journalist by profession, and he knows how to be in and out of the camera. However, he did not shy away from showing the world about his love life. He got married to his girlfriend, Eryn Marciano on 27th November 2010. On their seventh anniversary, the couple, Rob and Eryn, shared a picture of kissing Eryn on her cheek to show their love and affection towards each other and how lucky he is to have her.

In 2012, January, the pair welcomed their first kid and named her Madelynn, and on 12th June 2018, Rob announced on his Instagram with a picture of their second child, Mason Anthony.

Rob was born in Connecticut as Robert Mark. He completed his studies from Cornell University in the field of meteorology. As of now, he is married to wife, Eryn with two beautiful kids. There is not much information associated with Rob’s family except this.

Rob stands tall with a height of 6 feet and 2inches. He is proud to be a dad of two children and looks to be living a happy life with his family.