Shya L’amour is a well-known rapper with few singles on her credit. However, the rapper is best known for her relationship with Cardi B’s husband, Offset. Not only does the former couple share a relationship but also share a six-year-old daughter. Their relationship has often made headlines as they are often speculated to have re-started their former flame.

Nicole Marie Alagrin was born in 1988 in Tampa, Florida. She celebrates her birthday on November 18, which makes her age 32. She holds American nationality and comes from a mixed ethnicity.

Despite being involved in drama, Shya also has a serious music career as a rapper. She started her career in 2011 when she released her first single “Lil’ Momma Badd”. Regardless, after a break of six years, she released an official music video for her single “Paper Baby” in 2017. Since then, the rapper has uploaded many music videos on her self-titled YouTube channel. Her recent songs include You Lied and Like Me. 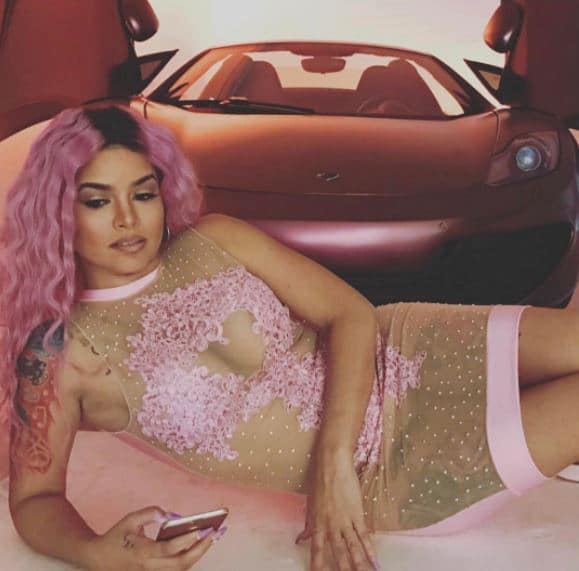 On the other hand, Shya is also an influencer with thousands of followers on her Instagram. She also has her clothing line on Pretty and Paid. Moreover, the rapper also appears on the podcast Drop City Podcast. As of 2021, Shya L’amour’s net worth is estimated to be in the thousands.

Shya’s dating life has been making headlines as she is involved in the love triangle between Cardi B and her husband, Offset. Before Cardi B, Offset and Shya shared a relationship that started in 2014. They also a daughter named Kalea Marie Cephus, born in 2015. However, the relationship came to an end after Offset married Cardi B in 2017 after they started dating the same year. Furthermore, the married pair also introduced a daughter, Kulture Kiari Cephus, in July 2018.

Regardless, after the news of Cardi B and Offset’s divorce hit the internet, many speculated Offset and Shya might have reunited. However, the speculation quickly came to halt after Cardi B and Offset were seen together a month later. Nonetheless, Shya was also in a relationship with a rapper named YSL Mondo and featured him in a now-deleted Instagram post. Shya seems to be single at the moment and remains a single mother at the moment.

Shya was born to her mother, Nilsa Santos Algarin. However, the rapper has not shared many details about her father. Besides, her family also includes her two brothers including Orlando Vazquez.

Shya stands at a height of 5 feet and 6 inches. The rapper is known for his thick body and stunning curves. Likewise, she naturally has black hair but dyes it to different colors and possesses black-colored eyes.