American rapper and singer, Trippie Redd is an uprising artist who touched the limelight at fast momentum in the industry. He rose to fame with songs like Dark Knight Dummo, Love Scars, and Can You Rap Like Me. He has also worked with late XXXtentacoin in the song; Uh Oh and Thots which streamed 280, 000 in less than 24 hours on SoundCloud.

So, without any delay let’s unfold the chapters of Trippie Redd’s personal life and professional!

Trippie Redd was born in the city of Canton, Ohio, United States on 18th June 1999. He is an American and belongs to African-American and Irish ancestry. His zodiac sign is Gemini. He is known as Trippie Redd rather than his real name Michael White IV. He was born in the African-American family but hasn’t shared his parents’ information yet. However, he graduated with 4.0 GPA from high school in Canton but dropped off going college to focus on his music career.

Trippie Redd began his love for music at the age of 10. In 2014, he released songs Sub-Zero and New Ferrari which was later deleted. At his high school period, he released three songs Awakening My Inner Beast, Beast Mode, and Rock the World Trippie by the help of rapper Lil Wop. His songs helped him garner name and opened the door towards fame.

Later, he got signed by Universal Music Group Chairman’s son, Elliot Grainge to the label Strange Entertainment which helped him collect massive pay-check revenue. He has also released his debut mixtape A Love Letter to You. Soon. Trippie worked in songs like Can You Rap Like Me, Blade of Woe and Romeo & Juliet. 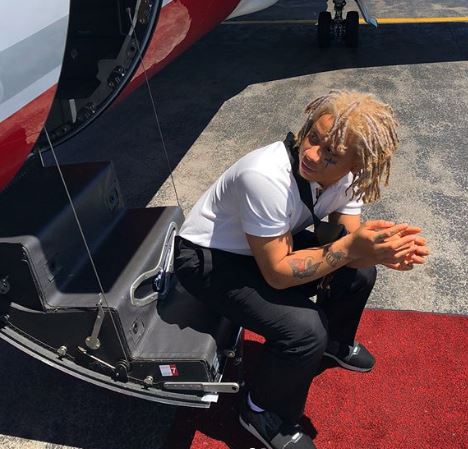 As an American rapper and singer, Trippie Redd has sure accumulated a hefty fortune. As of 2018, his net worth estimated about $300,000. His upcoming project will incline his income chart in future.

Dating Affair; Who is his Girlfriend?

Later, on 11 June 2018, he shared his girlfriend’s picture, captioning Beauty & The Beast.

His fans are keen to find out the name of the mystery girl, even though he hasn’t disclosed in any subject matter.

Trippie was born into the family of African-American but hasn’t revealed his parents’ information. However, he was raised along with sibling brother, Dirty Redd by his mother as his father incarcerated at the time of his birth. Furthermore, his elder brother Dirty Redd was pursuing the career in music, but unfortunately, in 2014 his brother passed away in a car accident. 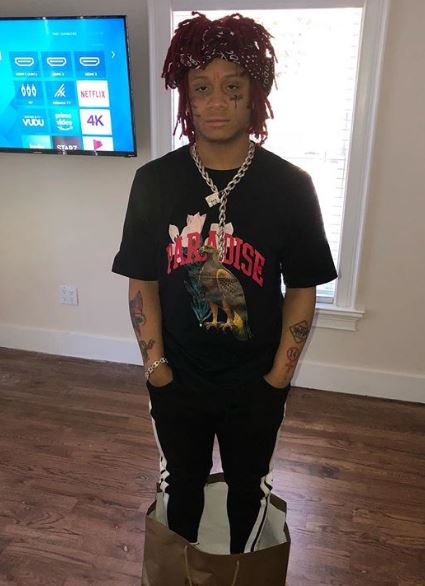 As a Rapper, Trippie Redd’s height is measured at 5 feet 6 inch and weighs appropriately. He loves to ink his body and has several tattoos. Furthermore, he has grilled mouth full of gold on his teeth which he loves showing off. His skin is brown, has red-tinged dreadlocks hair and brown eyes.