Though the job of coaching a team might seem less risky considering the injuries that players often have to deal with, motivating the players and bringing home the trophy is nowhere near an easy task. Intense Competition from another team and few bad years of the game can end a career of a coach. Hence, it is riskier in that regard, and performance pressure is equally upon the coach as it is upon the players. Andy Reid is one such coach who has faced several ups and downs before finally winning the Super Bowl Championship 2020 after 21 years.

Andy Reid is an American Football Head Coach of Kansas City Chiefs who won the Super Bowl Championship on Sunday i.e., February 02, 2020, against San Fransisco 49ers by 31-20. It is his second Super Bowl since 1970. He is the 13th head coach of the Kansas City Chiefs and had joined the team on 2013.

The respected coach is not without controversies of his own despite his impeccable career. With the suspension of his players, drug use and assaults by those under his wings to taking an ex-convict (Michael Vick) as a coaching intern, his association with controversial players have always made headlines.

Andy is currently the fifth highest-paid NFL coach and 15th highest-paid coach in America. He has a $30 million worth contract with Kansas City Chiefs with 7.5 million dollars annual salary, excluding bonuses. Before that, he was associated with Philadelphia Eagles since 1999. His yearly salary with the team was 5.5 million dollars. In addition, he is also on the NFL Competition Committee’s Coaches Subcommittee. 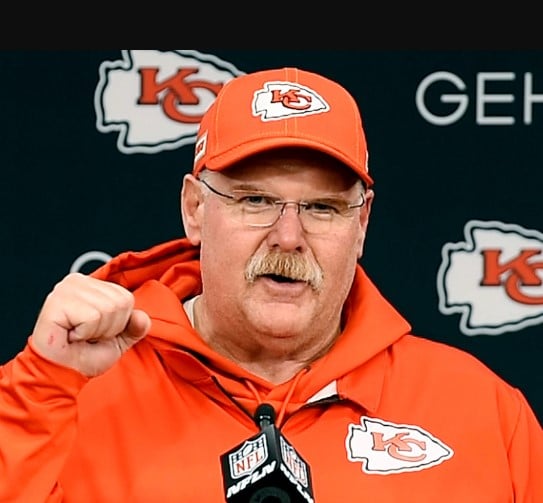 Besides his income, he owns a villa worth $2.3 million in Villanova. Despite his income, Andy drives an antique car that was bought by his father during the 1940s. It cost him around $50,000 to rebuild and restore the 92-year-old Ford Model A, which had initially bought at $25. Evaluating all his income and possessions, he has an impressive networth of $25 million.

Andy is married to his wife Tammy since 1981. They had met when they were students at Brigham Young University in the early ‘80s and began dating. They eventually got married on August 8, 1981.  They had five children together, namely Garrett, Spencer, Britt, Crosby, and Drew Ann. Unfortunately, their eldest son Garrett died of a drug overdose in August 2012.  Andy’s other son Britt is also a coach with the Chiefs and is a coaching staff with his dad.

Andy was born on March 19, 1958, to scenic artist father Walter Reid and radiologist mother, Elizabeth Reid.  Though much is known about his parents, it can be said that he loved his father dearly and hold good memories of him. His father owned the car he still uses, and he seems reluctant to trade it with any other vehicles. Andy‘s dad died in 1992. As a child, Andy had attended Marshall High School and later joined Brigham Young University, after which he began his career as a coach. 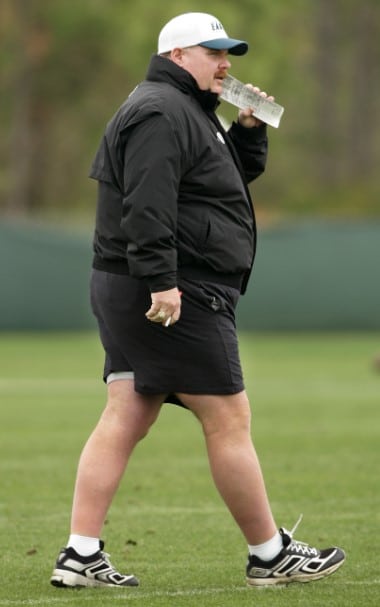 Andy stands tall at a height of 6 feet and 3 inches.  He is of heavier build and is considered as one of the heaviest coaches of America. Though his exact weight is not known as it keeps on changing, it can be seen that he has lost some of his pounds in the last year or two.