Annamarie Tendler is an American make-up artist, hairstylist, author, and extremely talented lampshade designer. Besides, she is famous as the celebrity wife of comedian John Mulaney.

Originally from Connecticut, U.S., Annamarie Tendler was born on 09 June 1985 under Gemini’s star sign. The 35-year-old makeup artist is American by nationality and belongs to Jewish ethnicity. After graduating from high school, Tendler studied hairstyling at Vidal Sassoon and the Make-up Designory. Later, she graduated with a Bachelor degree in writing and psychology from The New School. She is pursuing her master’s degree in fashion and textile studies.

Tendler wears multiple feathers on her cap. Apart from being a make-up artist, she is also a writer, lampshade designer, and hairstylist.

As an author, Tendler has penned two books – Pin It! 20 Fabulous Bobby Pin Hairstyles and The Daily Face: 25 Makeup Looks for Day, Night, and Everything In Between!. Besides, she works for a company called Silk Parlor, where she makes lampshades entirely by hand. In addition to lampshades, her works in fiber include weaving, embroidery, and textile conservation. 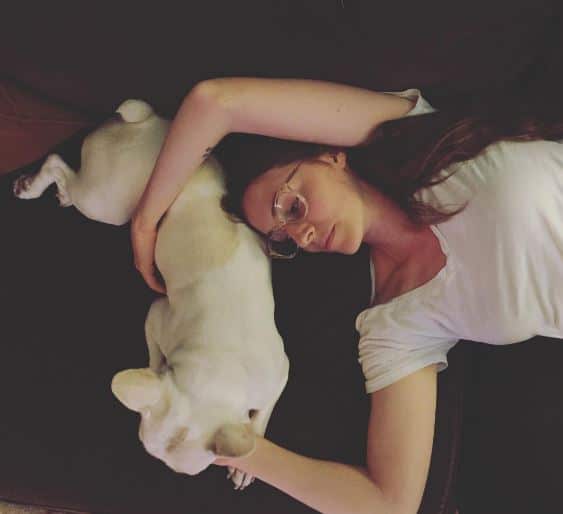 Moreover, Tendler has also worked on several TV sets as a hairstylist and makeup artist. Those include CollegeHumor Originals, Aziz Ansari: Dangerously Delicious, and The Old Man and the Seymour.

Though Tendler shares her husband, Mulaney’s net worth of $6 million, she has accumulated riches worth thousands of dollars on her own. As an independent woman, she has managed to earn an applaudable fortune. Reportedly, Tendler has an estimated net worth of $400 Thousand.

The make-up artist is married to her comedian husband, John Mulaney. Together, the husband and wife duo live in New York City with their French bulldog named Petunia. Her husband often mentions Petunia and her on his stand-up routines. They have not welcomed any children yet.

As of 2020, Tendler has been coping with her husband’s drug and alcohol addiction. On 21 December, it was confirmed that her husband had entered a rehab facility in Pennsylvania. Mulaney’s surprise stint in rehab has fueled rumors that he and Tendler are heading for divorce.

Tendler first met her future husband, Mulaney during a trip to Martha’s Vineyard, Massachusetts in the late 2000s. Eventually, the pair started dating but maintained a low-key relationship for years.

On 5 July 2014, Tendler married her boyfriend, Mulaney at the beautiful Onteora Mountain House in Boiceville, New York. Comedian and friend Dan Levy officiated their wedding, which had the 1920s and woodland-deco theme.

Tendler was born to a Jewish family. She grew up with her two siblings, a brother named Jesse Ryan Tendler and a sister. She hasn’t revealed further information about her parents and her childhood.

Tendler is quite tall as she stands at a height of 6 feet. She has a perfectly toned body that weighs around 55 kg. Additionally, she has dark brown eyes and hair.