Astrid Loch came into the spotlight appearing in the 21st season of the Bachelor where she competed to win the heart of a software sales executive, Nick Viall. Although she did not win the show, she found her love in the 5th season of Bachelor in Paradise. Now, the reality star and her Fiancé are ready for welcoming their first child together.

Astrid Loch was born in 1990 in Germany. She celebrates her birthday on February 23rd, which makes her age 31 and zodiac sign Pisces. She holds German nationality and comes from European ethnicity.

Before appearing on TV, Astrid graduated from the University of North Carolina at Charlotte with a BA in Communication and a minor in Women and Gender Studies. Likewise, she had also worked as a restaurant manager. Astrid came in the spotlight appearing as a contestant on the 21st season of The Bachelor. However, she was eliminated in week 4. She returned for the 5th season of Bachelor in Paradise but was eliminated in week 6. 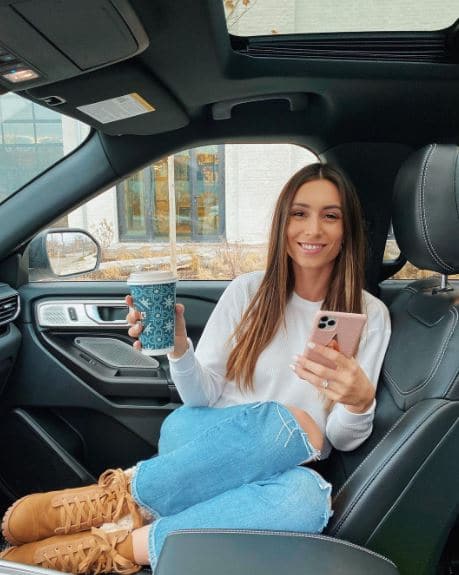 Moreover, Astrid works as an office manager and patient care coordinator for Soler Aesthetic Plastic Surgery in Florida. She is also a social media influencer with over 478k followers on Instagram. She is often advertising various beauty and fashion brands on her feed. As of 2021, Astrid’s net worth is estimated to be in the thousands.

Astrid might not have stayed till the end in the Bachelor Universe, however, during the 5th season of Bachelor in Paradise, the reality star crossed paths with the lover of her life, Kevin Wendt. The pair started during the season but had ended their relationship in the same season. Regardless, they reconnected and were engaged on August 28, 2019.

Astrid also celebrated her second anniversary with her fiancé on Instagram on June 10, 2020. Nonetheless, she stated that they don’t exactly remember the day they met. On May 9, Astrid surprised her fans as she announced that the pair were expecting a child after a long struggle with fertility.

Astrid was born to her parents, Marina Mogul and Anton Loch. She seems to be close with her mother as she has featured her mother several times on social media.

Besides, she also has a sister named Ingrid Loch.

Astrid stands at a height of 5 feet and 7 inches. Likewise, she possesses a slim built, and stunning body that weighs around 60kg. Astrid has brown eye color and dark brown hair color.