Billionaire Baron Christopher Cline died in a helicopter crash on 4th July 2019 along with his daughter, Kameron and five other people. The incident occurred outside his private island in the Bahamas, one day before his birthday. He was best known for being the founder of coal miner company, Foresight Reserves LP headquartered in St. Louis Missouri.

Cline was born in Beckley, West Virginia, the USA on 5th July 1958 and died on 4th July 2019 at Abaco Islands Bahamas. He held American nationality, and his birth sign was Cancer. He graduated from Marshall University in Psychology.

Regarded as the New King Coal by Bloomberg, Cline suffered a tragic death in a helicopter crash on 4th July 2019 in Abaco Islands, Bahamas. The incident also took his daughter’s life who was with him that night and the accident occurred two miles away from his private island Grand Cay. His attorney, Brian Glasser confirmed the news via Telephone to Bloomberg and later tweeted,

“Our client Chris Cline died today. He was the most courageous client we ever had the privilege to represent. We will not see his like again. RIP”

Governor Jim Justice also mourned grief on Twitter and tweeted that he lost a close friend and how loving and caring he was in his life.

Cline had it in his genes to work in the coal industry as his father and grandfather worked as a coal miner. At 22, he started working as an underground miner, and by the time he was 32, he founded his own company, Cline Group for the extraction of coal from Appalachia Hills.

Later in 2006, he founded Foresight Energy and expanded it to Illinois to manage his coal rights and then declared his company public on the New York Stock Exchange in 2014. 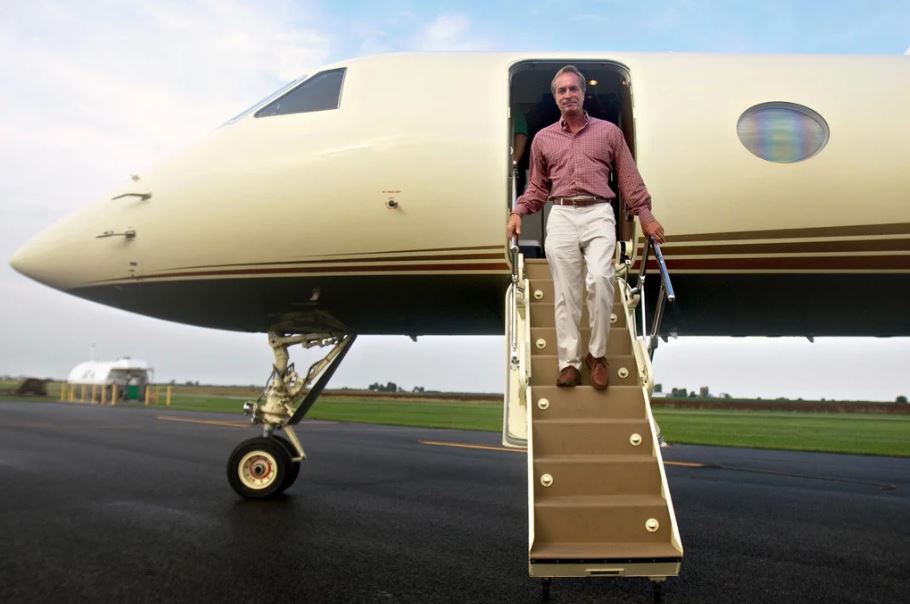 His company is responsible for providing most of the recoverable coal reserve with 12 coal mining operations throughout the US. At the peak of the company, it was valued at $2.6 billion. In 2015, he sold a controlling stake of worth $1.4 billion in cash and as per Forbes, Cline had a net worth of $1.8 billion.

Cline was married to a woman named Sabrina, and they were together till 1987 as she died of cancer. In 1993, he married Kelly Cline, and they had four children, two daughters, and two sons who lived in a 33,413-square-foot mansion in North Palm Beach. However, his marriage only lasted for seven years as they got divorced in 2000.

He even dated Elin Nordegren, ex-wife of Tiger Woods for a short period.

Cline grew up with his father, Paul Cline in Beckley, West Virginia. His father introduced him to coal mining at the age of six as Paul asked him to fill a bag of dirt for each penny. However, there are no details about his mother and siblings.

The Billionaire Cline stood tall with a height of 5ft and 9 inches and had blonde hair color with brown eyes.