Bebe Wood is an actress who is popular for her role as Shania in the NBC TV series The New Normal. Likewise, she earned huge attention playing the role of Shannon on the ABC television series The Real O’Neals. Bebe is also one of the main cast on the Hulu Originals, Love, Victor. Bebe is rising to fame with her amazing roles, and many of her fans are curious to learn more about the actress. Get to know Bebe Wood and more on the amazing actress, including her net worth, dating, boyfriend, and much more.

Beatrice “Bebe” Wood was born in 2001 in Kansas City, Missouri. She celebrates her birthday on August 8, which makes her age 19. She holds American nationality and comes from White ethnicity.

One of Bebe’s earliest roles on Television was in 2011 as Lizzie Walken in the series, Submissions Only. Likewise, she later made an appearance with minor roles in 30 Rock and Veep. The actress had her first main role in The New Normal as Shania Clemmons. She played the role from 2012-2013. Likewise, her later appearances include on shows See Dad Run and About a Boy. 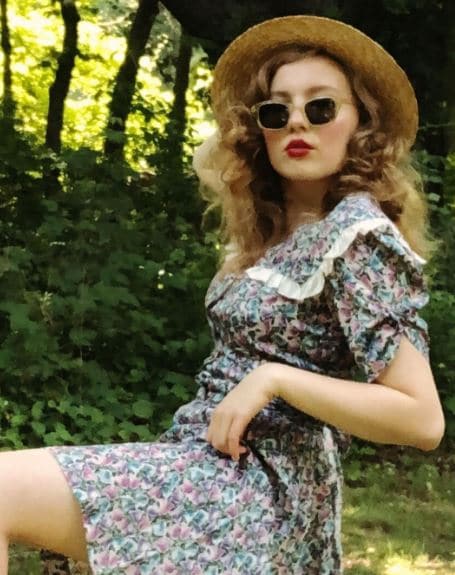 The actress had her other main role as Shannon O’Neal in The Real O’Neals. From 2016-2018, the actress provided a voice for Trollhunters: Tales of Arcadia. After appearing on American Housewives and 3Below: Tales of Arcadia, the actress earned another spot in the main cast as Lake Meriwether in the series Love, Victor. She appeared in the movie A Merry Friggin’ Christmas in 2014. As of 2021, Bebe Wood’s net worth is estimated to be in the thousands.

As Bebe surges to popularity, many are interested in the love affair of the young actress. However, Bebe has been very silent when it comes to her dating life. The actress has not talked about having a boyfriend, while her social media also does not hint at her.

Regardless, there are chances of her dating in private to avoid unwanted media attention. On the other hand, the actress also seems too busy with her acting career. Regardless, we assume Bebe to be single unless the actress speaks otherwise.

Bebe was born to her parents, Thad and Olga Wood. Her father is a computer consultant.

The actress Bebe stands at the height of 5 feet and 5 inches. She has a pear-shaped body which measures 34-25-34. Likewise, the actress’s facial features include light brown hair and brown eye color.