The indie-rock musician Ben Folds meshes the pop and classical music worlds in ways that only a few contemporary artists can hope to achieve. Deemed as “one of the greatest modern songwriters,” he is just a wonder to watch, as a lyricist, as a pianist, as a composer, a conductor and as a man.

Originally from Winston-Salem, North Carolina, Benjamin Scott Folds was born on 12 September 1966 under the star sign Virgo. The 54-year-old singer-songwriter is American by nationality and belongs to Caucasian ethnicity. He attended Richard J. Reynolds High School in Winston-Salem. Later, he studied on a full scholarship in the University of Miami’s Frost School of Music but dropped out the school. He then enrolled at the University of North Carolina – Greensboro.

As a bassist, Folds formed the band Majosha with longtime friends Millard Powers and Evan Olson in the late 1980s. They self-produced an EP called Party Night: Five Songs About Jesus in 1988, and sold it locally. After the band disbanded, Folds began playing drums in a band called Pots and Pans, but the band lasted only for a month.

In 1994, Folds formed Ben Folds Five with bassist Robert Sledge and drummer Darren Jessee. The band released their self-titled debut album in 1995, followed by Whatever and Ever Amen, Naked Baby Photos, and The Unauthorized Biography of Reinhold Messner. 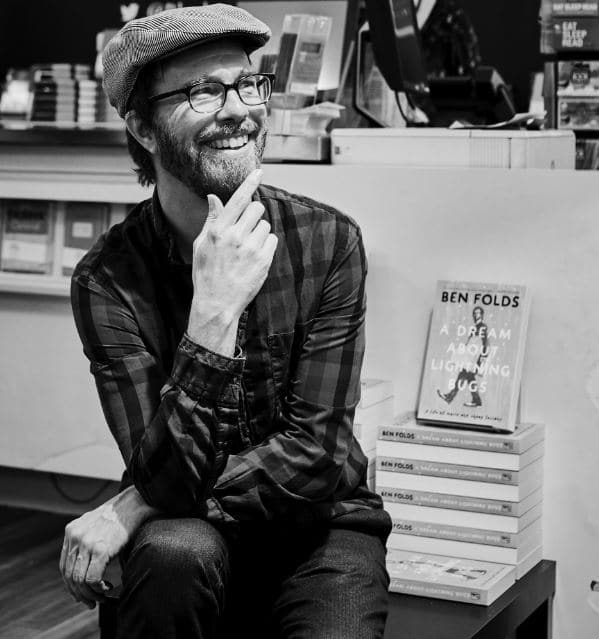 Folds then started his solo career and released his first album Rockin’ the Suburbs in 2001. A year later, he dropped Ben Folds Live, a collection of live solo recordings. He then released two solo EPs, Speed Graphics and Sunny 16, in late 2003. He dropped his last EP Super D in mid-2004.

Folds has gone on to work in various projects with renowned artists and contributed music to several soundtracks. He has been on a number of tours since the beginning of his career. Besides, he was a judge on NBC’s show The Sing-Off from 2009 to 2013. Additionally, he is the first artistic advisor to the National Symphony Orchestra at the Kennedy Center in Washington, D.C.

Folds considers himself as a ‘hopeless romantic’ person. He has been married five times and divorced four times. He is the father of three children. Currently, he is married to a dancer, Emma Sandall. They got married sometime before July 2020.

The musician met his first wife, Anna Goodman, as six-year-olds at elementary school in North Carolina. They remained friends for several years and got married in 1987. However, they divorced in 1992 on good terms and are still good friends.

Folds was then briefly married to Kate Rosen in 1996. He then met an Australian artist named Frally Hynes in January 1998 and married her in May 1999. Two months after the wedding, they welcomed twins, Louis Francis (July 22, 199) and Gracie Scott (July 23, 1999). However, their relationship ended too as Folds filed for divorce in November 2006.

On 17 November 2007, Folds married Fleur Stanbrook at The Venetian in Las Vegas. They lived together in Nashville but couldn’t sustain their relationship. They ended their marriage sometime in 2011.

Folds’ father was a carpenter and his mother, Scotty, was a painter. Neither of his parents had fathers. His mother was barely 20 when she gave birth to him.

The singer-songwriter has a younger brother named Chuck Folds, who is also a musician. He always wished to have a sister. 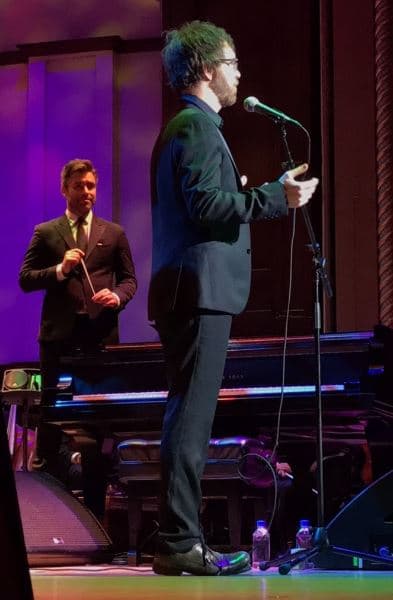 Folds stands at an average height of 5 feet 10 inches. He weighs about 70 kg. His brown hair and brown eyes provide a perfect complement to his personality.