Australian singer Aydan Calafiore is mostly recognised as a contestant of Australia’s Got Talent and The Voice Australia. Besides, he has a considerable fanbase on his YouTube channel, where he uploads cover songs of famous artists. Most recently, he released a new single ‘Me, You and Tequila,’ featuring Tigerlily.

The Melbourne-native Aydan Calafiore was born on 28 October 2000 under the star sign Scorpio. The 20-year-old actor is Australian by nationality and belongs to the white ethnic group.

Calafiore looks up to artists like Usher, Michael Jackson and Bruno Mars. At the age of 11, he made his first television debut scoring a role on Network Ten’s show Young Talent Time in 2012. After the end of the show, he and his fellow castmates went on tour and performed in live shows.

In 2013, Calafiore appeared as a contestant on season 7 of Australia’s Got Talent. His performance in Justin Bieber’s As Long as You Love Me wowed judges, and he moved to the next round. Unfortunately, he got eliminated in the first semi-final but won thousands of hearts from the show.

Five years after auditioning on AGT, Calafiore appeared in the season 7 of The Voice Australia, where he joined Joe Jonas’ team. Though he made it to the finale, he couldn’t win the show and was placed fourth. Later, he released a single Something About You on Universal Music Australia in July 2018.

Calafiore even represented Australia at the Eurovision Song Contest 2019. For the entry at the contest, he released Dust in January 2019. He finished in 6th place overall. In 2020, he dropped a single called Wide Awake and collaborated with Tigerlily to drop a single called ‘Me, You and Tequila.’

Calafiore has yet to become a big name in the music industry. He has a self-titled YouTube channel with over 176k subscribers, where he uploads cover songs of famous artists and few original singles. The Wide Awake singer even endorses products of various brands on his Instagram. As of 2020, he has an estimated net worth of about $400 Thousand.

Calafiore is reportedly single, as of 2020. He is a low-key person and tends to keep his private life away from public scrutiny. Meanwhile, he hasn’t been open about his love life in any interviews or on social media.

Most likely, Calafiore hasn’t found the love of his life, and if he has, then he successfully kept his girlfriend hidden from media and fans.

The promising young singer was born to parents Melanie and Phil Calafiore. He grew up with two siblings in Moonee Ponds, Victoria. He has an older sister named Samantha and younger sister, Madison. 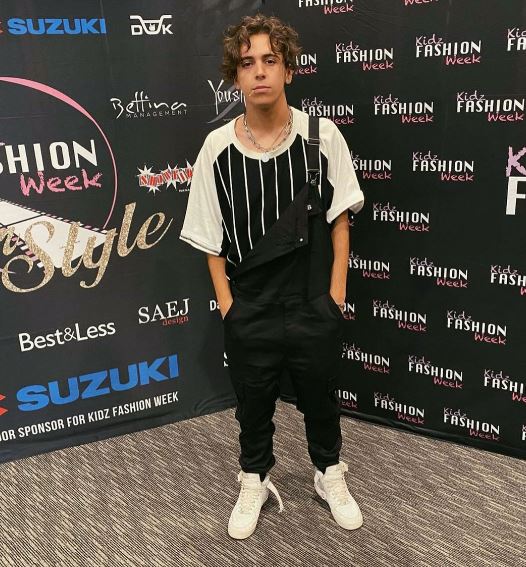 Calafiore has a decent height of 5 feet 6 inches. He has a slim body that weighs around 65 kg. Furthermore, he has brown hair and brown eyes.