BrookeAB (IG: @brookeabb) is a rising gaming star not only popular for being one of the fastest growing Twitch Streamer but also for being in relationship with another Twitch Streamer and Champion Mason Lanier popularly known as symfuhny.

The full time American Fortnite Streamer started her Channel BrookeAb on April 15, 2018 in Twitch TV and with her back to back wins with Symfuhny on Fortnite became the fastest growing female Twitch streamer and fourth fastest on the entire platform.

When she first started streaming her games on Twitch, she was generating fewer views but with her impressive playing and back to back wins, she was noticed by many. As a result of which she has amassed 611 thousands followers on her Twitch Channel and her channel has a total of 7.07 million views.  In addition to the game Fortnite, she plays Minecraft, Portal, Marbles on Streams and Super Seduce but primarily her specialization is Fortnite Battle Royal survival game. In addition, she also uploads her gameplay on Youtube. Her Youtube channel has 174K subscribers as of January 2020. 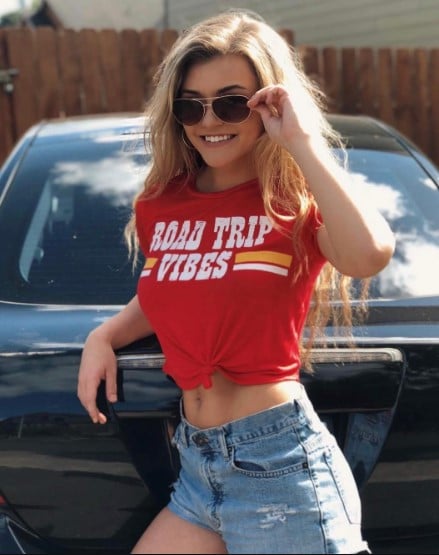 On October 31, 2019, she tweeted that she had joined 100 thieves.  100 thieves is an American Esports Organization and lifestyle brand based in Los Angeles, California. This organization has teams in League of Legends, Fortnite Battle Royale and Counter Strike: Global Offense.  Her primary source of income is gaming and her channel. Her net worth as of date is estimated at $100 million.

She is currently linked with fellow Twitch Streamer and Fortnite Champion Mason Lanier popularly known as Symfuhny. They have been dating for a while. On July 27, 2019, Brooke had posted a picture of them with a caption “Had to wait in a line for couple of hours but finally met @symfuhny” and that was her first meeting with her current boyfriend.  On October 22, 2019 she had posted yet another picture of them standing together in front of an amusement park quoting “The guy that makes me the happiest girl on earth.” Likewise, On December 17, 2019 she posted a picture of them with a caption that read, “All I want for Christmas is you”. She is not the only one who has been flaunting their relationship.  Mason posted a picture of them together on Jan 13, 2020 with the caption “Date night with the most beautiful girl.” This shows that their relationship is going strong and they are happy together.

Nothing much is known about her early life and family. She was born in Alabama and her family had moved to West Coast.  She has a Bachelor Degree in Psychology with minor in forensic psychology.  The information about her family and siblings is very much a private issue and has not been reported anywhere. It is known that she had a dog named Toby who passed away in January 2019. 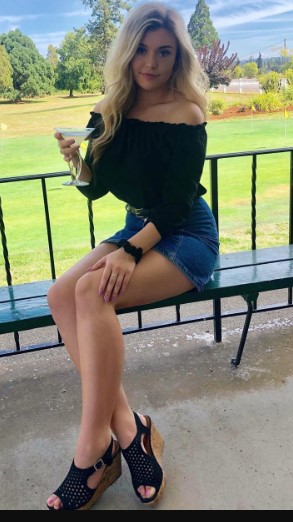 Despite being fond of chicken tenders, she eats salads to maintain herself.  Not only for her gaming skills, she is also known for her glamorous looks and this is quite evident from her Instagram profile which has 688K followers as of January 2020. She has an average height of 5 ft and 2 inches.  The gaming genius is a beauty who has light brown eyes and blond hair.