Bushwick Bill is a Jamaican-American rapper who is known for being the member of Geto Boys – pioneering Texas hip hop group. With his team, he has worked in the album like Universal Souljah, Gutta Mixx and My Testimony of Redemption. However, the team gained fame from the success of its third album We Can’t Be Stopped.

According to a source form the Houston Chronicle, Bushwick is a high school drop out and read at the fourth-grade level. However, he failed in his freshman year in high school in a majority of course.

At the age of 52, the notable rapper from Geto Boy, Bushwick Bill died after a stage 4 pancreatic cancer. The news was confirmed by the rapper’s rep who said Bushwick died on 9 June surrounded by his family in Houston.

According to TMZ, his son Javon said his father final words were, “I will love you forever.” Dawn P, Bill’s publicist noted that Bill’s family appreciated all the pray and support for his recovery and are asking for the privacy at this moment.

His death news had swirled around the internet earlier when he was fighting against cancer in the hospital. However, his sister and rep confirmed that he wasn’t dead. Later, the same rep confirmed that Bushwick died at 9:35 p.m. CST

The 52-year old rapper came into the music industry as a member of the Geto Boys in 1986. There, he was known as Little Billy, who used to perform as a dancer. In 1988, he appeared as a rapper on their group debut album Making Trouble. However, their album gained less attention along with negative reviews.

In 1989, Geto Boys came back with the second album “Grip It! On That Other Level” which gained massive attention from the audience. Then in 1991, the group released their third album We Can’t Be Stopped. The album was certified as platinum in 1992.

Talking about his net worth, Bushwick’s net worth was around $200 thousand.

Bushwick dated a mysterious girl and was the father of four children one son – Javon Boutte and three daughters – Delmera Angelle, 17. He often shared pictures with his three girls. However, he hadn’t revealed much about his ex-girlfriend to the media.

On 10 October 1991, Bushwick lost his right eye after he accidentally shot himself during an argument with his live-in girlfriend. During the incident, he was under the effect of Everclear grain alcohol and PCP. Then on, his solo album “Little Big Man” song “Ever So Clear” shared the detail about the incident.

Bushwick was born with the real name Richard Stephen Shaw and as a Dwarf to parents – Deloris Shaw and Rollin Shaw. His father was a merchant marine, and his mother was a maid. However, his beloved mother passed away in the year 2015. 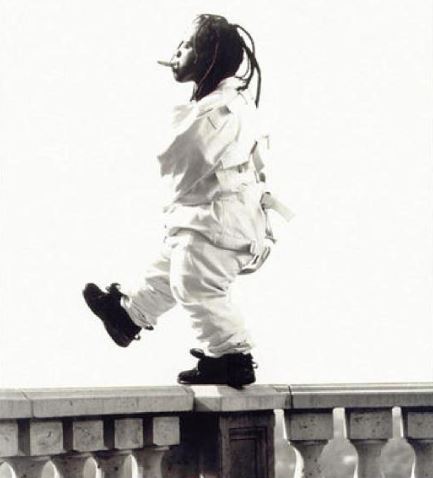 As a Dwarf rapper, Bushwick stood tall at the height of 3 feet 8 inches.