Caroline Flack was born with the name Caroline Flack Louise Flack on 9 November 1979 in Thetford, England, and died on 15 February 2020. She used to age 40 years old before her death and used to possess the birth sign of Scorpio. She was British by nationality and used to hold the ethnicity of white. Regarding her education, she went to Great Hockham Primary School and then went to Wayland Community High School in Watton for her further studies.

Renowned and stunning television presenter, Caroline Flack took her own life after a friend who was living with her and went to the shop, leaving her alone at her London flat. Caroline’s family lawyer said that she took her own life. Back in December, she went down from the dating show after she was charged with a violation with her partner and also was due to stand trial next month.

Her family also said in a statement that;

“We can confirm that our Caroline passed away today, the 15th of February. “We would ask that the press respect the privacy of the family at this difficult time and we would ask they make no attempt to contact us and/or photograph us.” 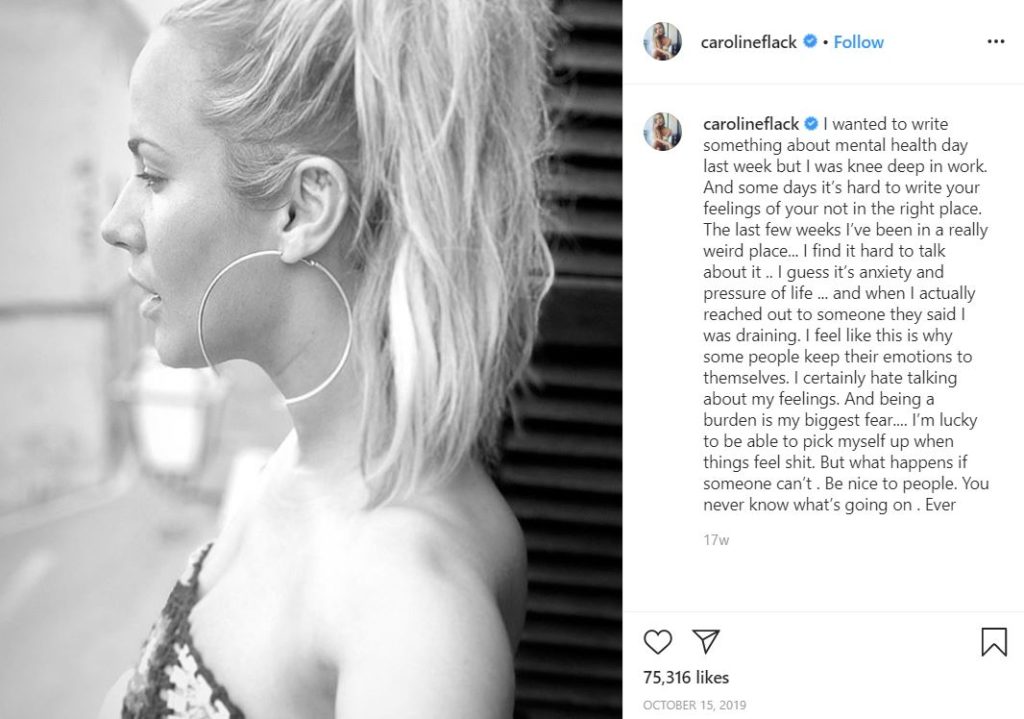 Moreover, back on 15 October 2019, she shared her photo via Instagram with a long depressed caption that,

I wanted to write something about mental health day last week but I was knee deep in work. And some days it’s hard to write your feelings of your not in the right place. The last few weeks I’ve been in a really weird place… I find it hard to talk about it .. I guess it’s anxiety and pressure of life … and when I actually reached out to someone they said I was draining. I feel like this is why some people keep their emotions to themselves. I certainly hate talking about my feelings. And being a burden is my biggest fear…. I’m lucky to be able to pick myself up when things feel shit. But what happens if someone can’t . Be nice to people. You never know what’s going on . Ever.

With all this, it seems that she was on her bad day for a long time, and she had no one with her side when the thing was going wrong all the time and committed sucide as a result.

Moreover,  some of her colleagues also paid tribute as they shared some words for her. Famous television presenter Davina McCall wrote that;

I don’t even know what to say. But my heart goes out to her friends and family x I might be a bit quiet tonight on social media .. just doesn’t seem right .”

Caroline Flack is now survived by her friends, family, and colleagues.

Caroline started her professional career form a minor role in the movie named Is Harry on the Boat? In the year 2001. However, she came into the limelight after starting her career as a television presenter. Caroline made her television debut by playing Bubbles on the sketch show named Bo’ Selecta!in 2002. After that, she had been seen in several television shows. 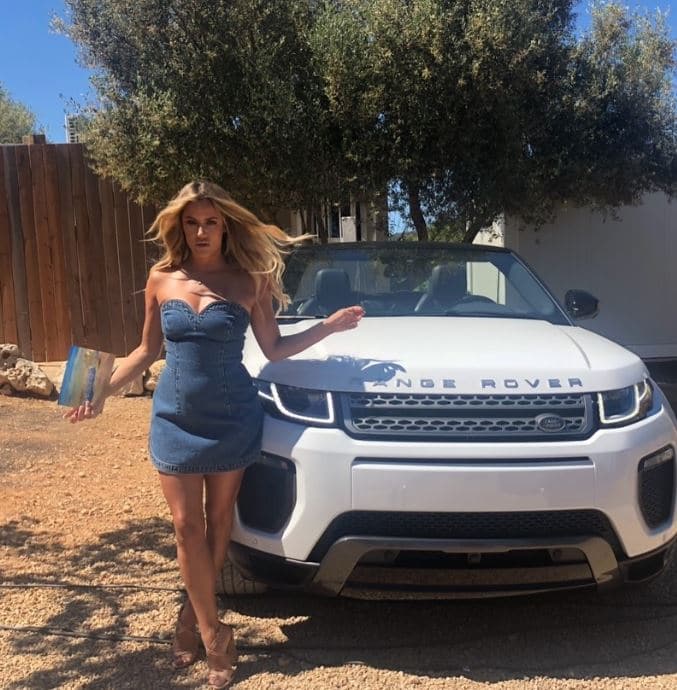 Moreover, she came into limelight as a television presenter after hosting the Xtra Factor, Get Me Out of Here! Now!, and I’m a Celebrity. And later in the year 2018, she was seen in the famous television show named Love Island in 2018. And she was also the host of the British TV’s This Morning.

Serving her time as the television presenter and also with a minor role in films, Caroline before dying must have enjoyed her earning from her professional career. And her estimated net worth was around $8 million.

Caroline was dating before she passed away. As per Celebwags.com, she was dating a famous tennis player Lewis Burton. They both started dating each other in the summer of 2019. Caroline confirmed the news regarding their dating life after posting the picture of herself kissing Lewis on the cheek. And before her death Lewis, on the occasion of Valentine’s Day, shared love towards her with some sweet words with I Love You at the end.

Moreover, she had a lot of relationships with handsome hunks. She dated Danny Cipriani, who was a rugby star, Andrew Brandy, Harry Styles, Prince Harry, and many more.

Caroline was born to British parents. She was the daughter of Ian Flack and Christine Flack. She was raised with her two sisters Jody Flack (Twin Sister) and Elizabeth Flack, along with her brother Paul Flack. 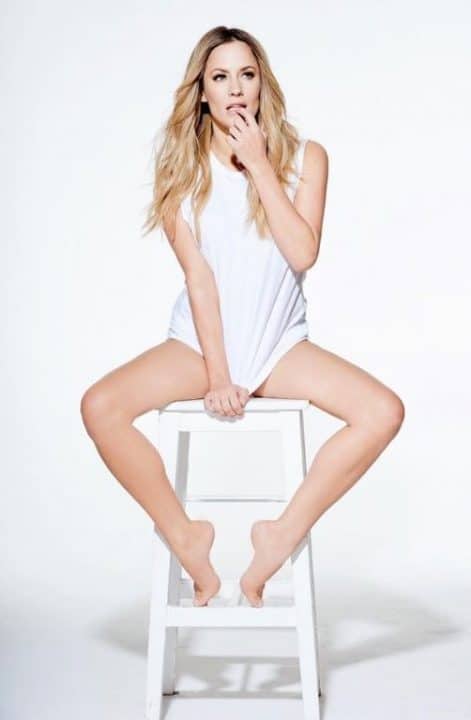 Caroline was blessed with decent body measurements with 35-27-36 inches. She used to stand tall at a height of 5 feet 4 inches and used to weigh about 61 kilograms. She had light brown colored hair with pairs of beautiful Blue, glowing eyes.