Social Media has changed everything and is now one of the most excellent platforms for showing skills and exposing talents. Catherine Paiz is one of them, who has established herself as a fitness model and Instagram based fitness guru. Now let’s know more about her dating life, plastic surgery details and more through this wiki!

Catherine Paiz, an Instagram star, was born in Canada and was raised in Los Angeles. She was born on 24th August 1990, which makes her 27 years as of 2018, and soon 28 years old. Talking about her nationality, she is Panamanian and follows Roman Catholic religion. She went to St. Louis College for graduation.

Being an emerging actress, Catherine started her career in modeling at an early age through Azzelia Swimwear. After working for different brands, she got a chance to work for Arkadia Miami as VIP manager. Later, she became a model of Victoria Secret. As a model, she frequently shares her gorgeous pictures on her Instagram; increasing her followers to millions. 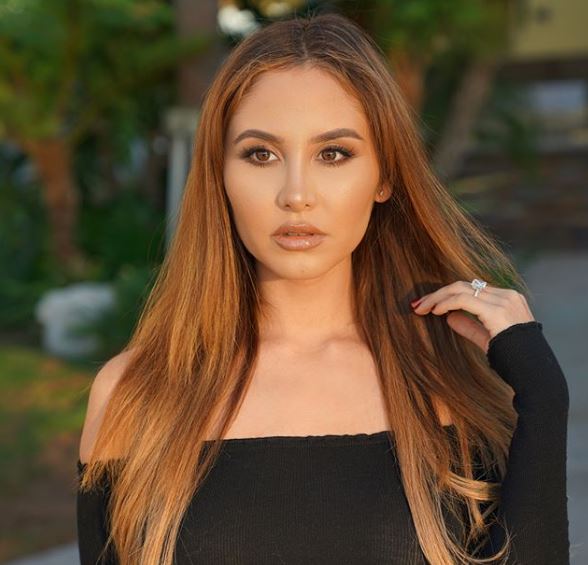 She is also active in TV programs and movies. Some of the films she acted on include Monday Nights at Seven, Lilin’s Blood, and You Can’t Have It. From her career, she is earning decently and has a net worth of $500 thousand.

Dated and Engaged to Austin McBroom

A fitness model, who is also an actress; has lured millions of viewers and fans from all over the world. Moreover, in this era, she is able to make a good impression. Naturally, many young lads want to date her; however, she has felt a connection with a man already.

The one we are talking about is Austin McBroom, who is also an Internet sensation. The beautiful couple met in 2015 and started seeing each other. Austin fell in love with a gorgeous lady and made a positive response. They announced tying knot, and also gave flash news of being pregnant. 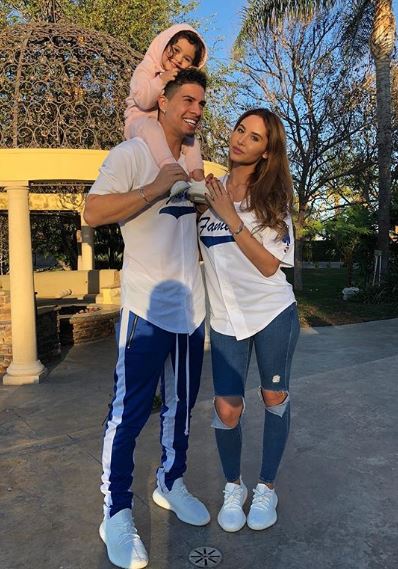 Catherine and Austin welcomed their first baby, Elle on 28th May 2016. After her birth, their love turned into a strong bond. If you look into her social accounts, you will be seeing her daughter’s pictures frequently.

The next WOW news is here! Catherine is pregnant again! She revealed the news via Instagram on 7th February 2018 and added a caption:

God has blessed us with a new addition to the family ♥️

And the wait is over!!! Here is the exclusive video of Catherine’s newborn daughter:

Catherine was born to Canadian parents, of whom information is not provided. Her parents later moved to Los Angeles, California. She once revealed about her father being the one to raise her. However, detailed info regarding her mother is not provided.

As a sibling, she has a brother, who is also an Instagram star. His name is Ryan Johnston, who has more than 311 thousand active followers in his account.

Catherine is decently tall with the height of 5 ft 7 inches and weighs an average. She has hazel eyes and brown hair. Her slim body’s measurements are not provided. 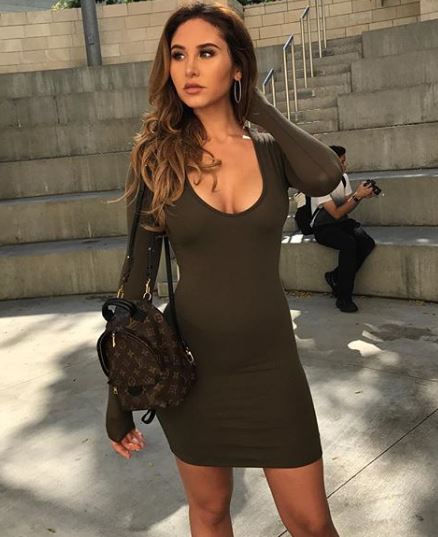 Some wiki sites mentioned about her alleged plastic surgery. According to the source, she had gone through nose job to look attractive. The source even indicated that she tried her best to keep it a secret.