Cherry Wallis is a YouTube sensation widely famous for her comedy, fashion, and beauty content in her self-Titled YouTube channel. She has gained more than millions of views in the content lie Coke and Milk, PUTTING MYSELF INTO HARRY POTTER SCENES | PART 1 and TRYING AMERICAN CANDY | Cherry Wallis.

Cherry Wallis was born in the city of Birmingham, England, in 1990. Her birthday is celebrated on the 15th of April, which makes her zodiac sign, Aries. She holds the nationality of British and white ethnicity.

Cherry started her career as a YouTuber on the 8th of June 2009. She only started uploading a video on the 18th of August 2011 from Travelling and Charlie’s video! (My Cat). She also dropped the video The Truth About Girls.

With that, Cherry began to upload numerous content, including beauty, fashion, lifestyle, and comedy. The channel eventually garnered over 571k subscribers and over 58 million views. She has hit content such as PUTTING MYSELF INTO HARRY POTTER SCENES | PART 1, TRYING AMERICAN CANDY | Cherry Wallis, FANTASTIC BEASTS CASE UNBOXING | Cherry Wallis, and many more.

Along with that, Cherry is a singer who has dropped a song, Hero, which ranked the Top 100 Rock iTunes chart. She became UK Favorite Breakthrough Vlogger! In the 2016 Nickelodeon Kids Choice Awards. 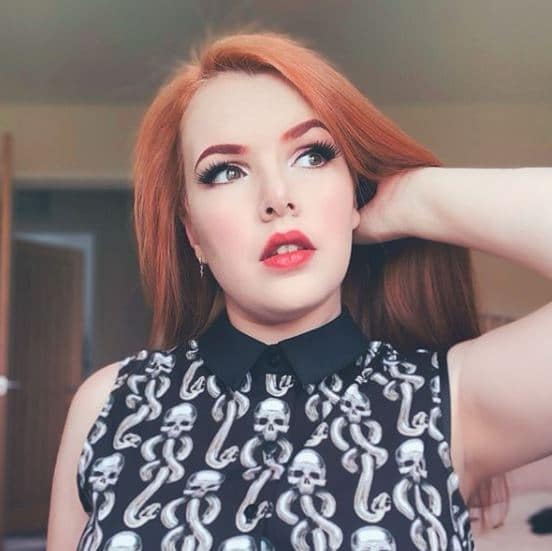 Cherry’s net worth estimated more than thousands of dollars as of 2020.

The beautiful YouTuber, Cherry, is living her romantic love life with Pete Sowerby, who is a YouTuber. The duo has been dating more than a year and still going strong. Going through her social media, she rarely showcases her boyfriend pictures.

Cherry was born in the family of Wallis and has kept her parents’ identity low key. But, she has a brother, Ben. Besides that, she hasn’t gushed about her childhood in the media. Taking a glance at her education, she got graduation from Birmingham City University in Art and Design.

Cherry hasn’t gushed regarding her height and weight. She has beautiful blue eyes and wavy brown hair.