Chris Arreola is a well-known professional boxer. He has challenged three times for the WBC heavyweight title. Likewise, he has also been ranked as the world’s No.8 heavyweight by BoxRec in 2007 and No.7 heavyweight from 2008 to 2010. Nonetheless, Chris Arreola has been making huge headlines after he expressed his dissatisfaction with his loss against Andy Ruiz Jr. from a unanimous decision.

Cristobal Arreola was born in 1981 in Los Angeles, California, the U.S. He celebrates his birthday on March 5, which makes his age 40. Likewise, he holds American nationality and comes from Hispanic ethnicity.

Chris began training with his father when he was eight years old. He started his career boxing on the amateur circuit during his late teens. However, he quit deciding to focus on other activities. At the age of twenty, Chris returned to boxing and after training for three months he won the National Golden Globes at the Light Heavyweight division. He turned professional in 2003 and quickly earned a status of a solid fighter. 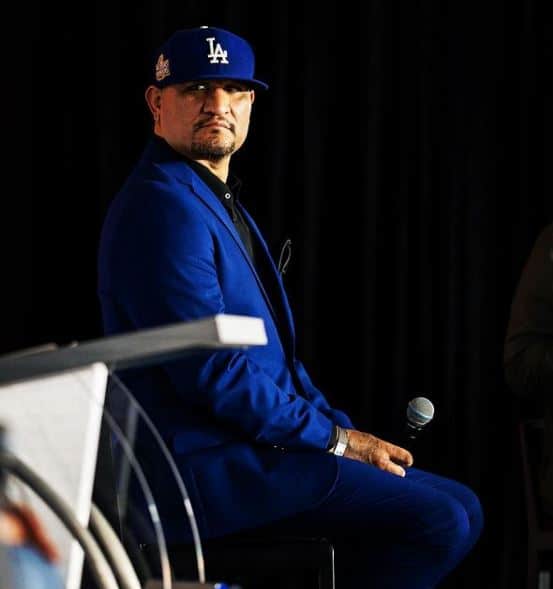 Chris Arreola has since fought many boxers and has a record of 38 wins and 7 losses and 1 draw among his 48 fights. His last fight was against Andy Ruiz Jr. on May 1, 2021. Although he started well and scored a second-round knockdown, he lost due to a unanimous decision. As of 2021, Chris Arreola is estimated to hold a net worth of $3 million.

Chris is not the one to share much on his personal life. Taking a look at his married life, the boxer is married to Erin Arreola. Chris and his longtime girlfriend, Erin, tied the knot in a private ceremony. Nonetheless, Chris has not shared many details on his wife but has featured her on many of her Instagram posts. Likewise, he also featured his beautiful wife on the occasion of Mother’s Day.

Likewise, the pair also share two children, daughter Danae and a young son Alex. Alex’s name comes from Chris’s friend Alex Carranza who passed away after a gunshot. Regardless, Chris is often featuring his beautiful family on Instagram and had also shared a picture of his daughter holding a trophy.

A post shared by Chris “THE NIGHTMARE” Arreola (@chrisarreola)

Chris has not shared many details about his parents. His father was a boxer and started his boxing at the age of eight with trainer Hector Rodriquez. Besides, he also has a sister whose identity remains undisclosed.

The boxer, Chris has a height of 6 feet and 3 inches and weighs around 109 kg. He possesses a muscular and fit body. Chris has black colored hair and eyes.