Daryl McCormack is an Irish actor who earned popularity appearing in the RTE One soap opera Fair City and the BBC series Peaky Blinders. Moreover, many of his fans are excited as the actor is set to appear in Good Luck to You, Leo Grande, and The Wheel of Time. Besides, he had also made his West End theatre debut in 2018.

Daryl McCormack was born on December 20, 1992, aged 29 years. The actor holds Irish nationality and belongs to mixed ethnicity of African-American and Irish. He attended St. Joseph’s CBS and later studied at the Dublin Institute of Technology’s Conservatory and the Gaiety School of Acting.

Daryl McCormack Net Worth and Salary

Daryl started his career in 2016, appearing in the movie The Randomer as Ray, and also played the role of Pierce Devlin the same year. Later, he appeared in short movies like Neon, Inner Child, and Lady Black Eyes. Moreover, his other appearance on the big screens are A Good Woman Is Hard to Find and Pixie.

Daryl has also appeared in various TV series. He has played roles in Dawn, Vikings, Immortality, A Very English Scandal, Cleaning Up, and Peaky Blinders. The actor is also set to play the role of Aram in the upcoming series The Wheel of Time. Likewise, he is playing the role of Leo Grande in the movie Good Luck to You Leo Grande. As of 2022, Daryl Mccormack’s net worth is estimated at $2 million.

As Daryl earned a huge spotlight playing the role of Isaiah Jesus in Peaky Blinder, the actor is often asked about his dating life. However, Daryl has not been very open when it comes to sharing his love affairs. However, his fans have not stopped linking the actor to India Mullen, who also graduated from the same drama institute as Daryl.

Nonetheless, the pair have not confirmed anything regarding their alleged romance. Moreover, Daryl is also not much active on social media, and he has also not appeared publicly with a romantic partner of any sort. Therefore, we assume the actor to be single now as he seems much busy focusing on his upcoming projects.

Daryl was born to his Irish mother, Theresa McCormack, and African-American father, Alfred Thomas. His parents met in California. However, his mother returned to Ireland upon getting pregnant and raised him in County Tipperary. The actor maintains a good relationship with his parents and grandparents. 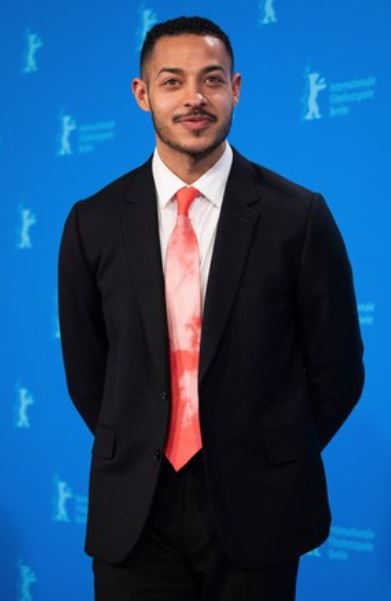 Daryl has a height of 6 feet and 2 inches. The actor possesses a stunning and well-maintained body. He has black colored hair and brown colored eyes.

How old is Daryl McCormack?

Where is Daryl McCormack from?

Who are Daryl McCormack’s parents?

What is Daryl McCormack’s net worth?

As of 2022, Daryl McCormack has an estimated net worth of $2 million.

Daryl loves confidentiality, thus, his relationship status is blurry. However, one thing we know is that he is not married yet.

Who is Daryl McCormack’s girlfriend?

Daryl McCormack is possibly dating a girl, but we can’t confirm it right away.

How tall is Daryl McCormack?