DK Metcalf is an NFL player who plays as a wide receiver for the Seattle Seahawks. Though he comes from a family with a strong NFL pedigree, he paved the way for himself during the 2019 season. He is the fastest player in Seahawks history to top 1,000 receiving yards in a season.

Originally from Oxford, Mississippi, the 22-year-old DeKaylin Zecharius “DK” Metcalf was born on 14 December 1997. His birth sign is Sagittarius. He belongs to the black ethnic group and is American by nationality. He studied at the Oxford High School and later majored in Hospitality Management from the University of Mississippi.

Metcalf played football both at the high school and the University. Before declaring for the 2019 NFL draft, he played at Ole Miss for three seasons. He finished his college career with 67 receptions for 1,228 yards and 14 touchdowns.

The Seattle Seahawks selected Metcalf in the 2nd round with the 64th overall pick in the 2019 NFL Draft. On 8 September 2019, he played his first regular-season game against the Cincinnati Bengals. He made four receptions for 89 receiving yards, setting a franchise record for total receiving yards by a player in the NFL debut. He finished the season with 900 receiving yards on 58 receptions with seven receiving touchdowns. 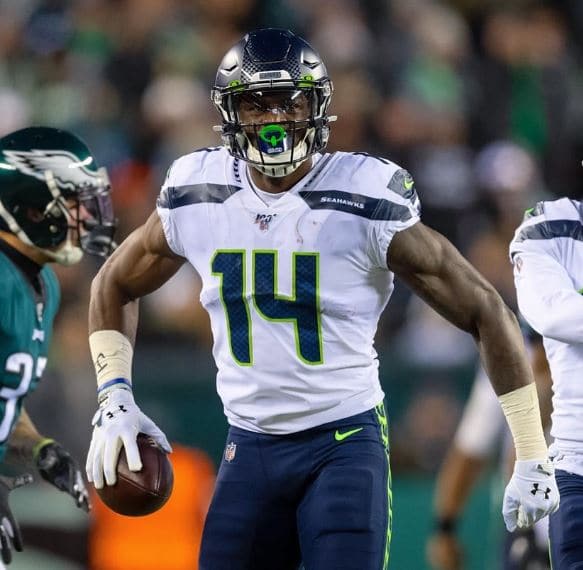 In January 2020, Metcalf set the NFL record for most receiving yards by a rookie in a playoff game, recording seven catches for 160 yards and a touchdown in the Seahawk’s 17-9 victory against Philadelphia Eagles. In week 12 of the 2020 season, he topped the 160-yard performance, recording ten catches for a career-high 177 yards in the team’s 23-17 victory over the Eagles.

The Seahawk’s wide-receiver never shies away from flaunting his love for the family on social media. But when it comes to his love life, the NFL star has successfully managed to keep things away from the paparazzi and public’s prying eyes.

Earlier 2020, Metcalf sparked a dating rumour with an Instagram model Cirena Wilson. Neither of them confirmed their relationship. As of 2020, Metcalf is possibly single and open to dating someone.

Metcalf was born to parents Tenya and Terrence Metcalf. He has a profound respect for his father and has a deep attachment to his family. He grew up alongside his four siblings Zharia, Zoe, Zkyra and Daylin.

His father Terrence is a former NFL player who played as a guard for seven seasons during the early 2000s. In 1999, his father received second-team All-American honors and was a first-team-ALL-Southeastern Conference selection in 2000 and 2001. Terrence is now a coach at Pearl River Community College in Poplarville, Mississippi. 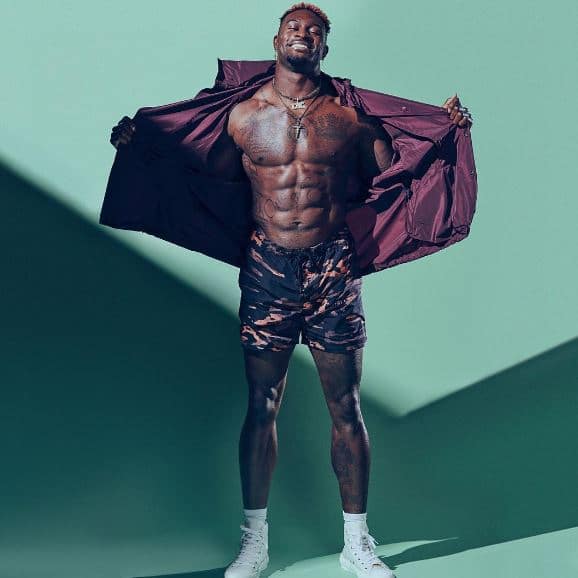 Metcalf has a tall height, a boon for his gaming career. He stands at 6 feet 4 inches. Surprisingly, his father, Terrence, has the same height. Additionally, he has a muscular, athletic body that weighs about 229 lb.