Edd China is a renowned motor specialist, entrepreneur, and TV presenter, best known for presenting the Discovery’s show Wheeler Dealer with Mike Brewer. Besides, he has appeared on several hit shows such as Top Gear, Scrapheap Challenge, Auto Trader, and Fifth Gear.

The London-native Edward John China was born on 09 May 1971 under the star sign Taurus. The 49-year-old reality star is British by nationality and belongs to the white ethnic group. He attended Edward’s School, Witley in Surrey. Later, he graduated from London South Bank University with a degree in engineering product design.

China’s first major project was the creation of the Casual Lofa during his days at the university. In 1994, he bagged his first job in television as a special effects technician for Father Ted.

China had a breakthrough in his career after Discovery hired him to present a car show Wheeler Dealers along with television presenter Mike Brewer. It became his most famous television work to date. He presented the show together with Brewer for 13 series, from 2003 to 2017. 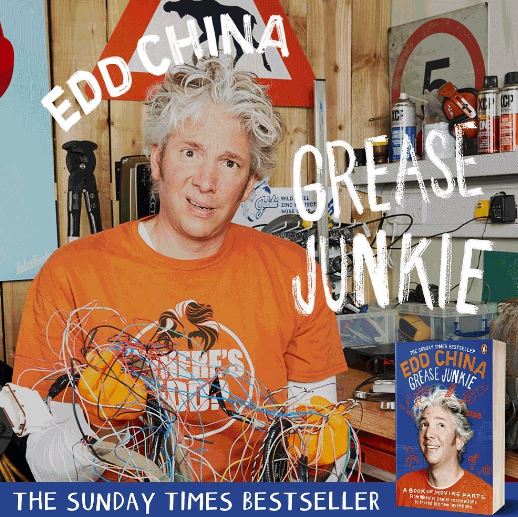 Apart from that, China made guest appearances in numerous TV shows such as Top Gear, Scrapheap Challenge, Ready Steady Cook, and The Culture Show. Besides, he was featured on shows like The Big Breakfast, This Is Your Life, and Jeremy Clarkson’s DVD The Most Outrageous Jeremy Clarkson Video In The World Ever!.

China has also ventured into business. In March 1999, he set up Cummfy Banana Limited as an outlet for his extreme creations. He became managing director of Grease Junkie Limited in 2009. Besides, he owned an MOT and servicing garage in Bracknell, Berkshire, named Grease Junkie that got wound up in August 2016.

The Wheeler Dealer presenter also has an online presence as he runs a YouTube Channel and has amassed almost 475k subscribers and more than 20 million views. Undoubtedly, China has earned a massive net worth from his professional career, especially from presenting the discovery show Wheeler Dealer. As of 2020, he has an estimated net worth of $3 million.

The British TV presenter is happily married to his Norway-born wife, Imogen. Other than that, nothing is known about his married life, including details related to his wedding and first meeting with his wife. 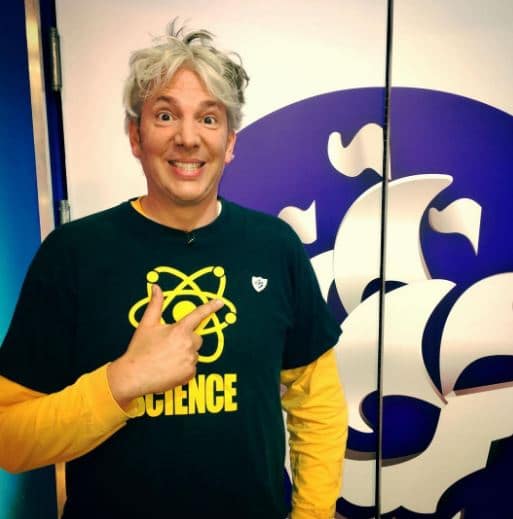 China has never made any public appearances with his wife. Though the two are married, they haven’t welcomed any children. However, the duo is living a luxurious lifestyle characterized by the public display of affection and romantic gestures as seen in their Instagram uploads.

China hasn’t revealed anything about his family background, including information about his parents and siblings. He is too protective of his family and doesn’t prefer sharing details about his personal life.

China has a towering height of 6 feet 7 inches and weighs around 85 kg. His grey hair and brown eyes provide a perfect complement to his bold personality.