Florian Munteanu is a professional boxer who has been cast in several movies like the Marvel movie, Shang-Chi and the Legend of the Ten Rings and the upcoming Borderland movie. Likewise, he came into the spotlight, appearing alongside Michael B. Jordan and Sylvester Stallone in Creed II, where he played the Eastern European boxer Viktor Drago.

Florian Munteanu was born in 1990 in Munich, Germany. He celebrates his birthday on 13th October, which makes his age 30. He holds German nationality and is of European descent.

Florian graduated from the Ludwig Maximilian University of Munich with a Bachelor of Arts degree in sports, media, and event management. His first movie appearance in the movie Bogat in 2016. His other appearance came in the Hollywood movie Creed II. During his casting, the actor convinced Sylvester Stallone by his years in the boxing ring, which eventually earned him his first Hollywood film. 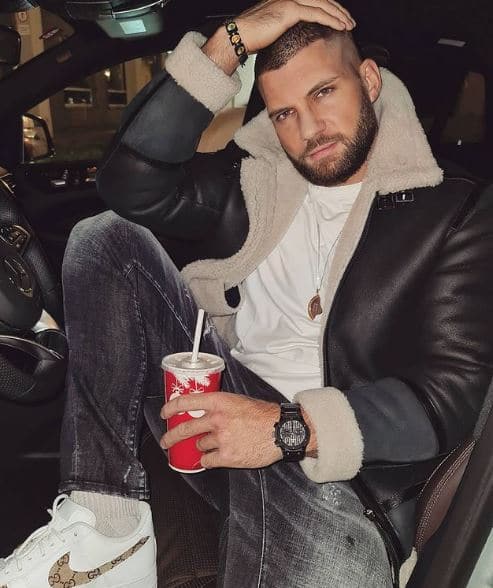 He appeared in the movie as Viktor Drago. Likewise, Florian’s career seems to be taking a fortunate turn as he is also set to appear in the long-awaited Marvel movie, Shang-Chi and the Legend of the Ten Rings in 2021. Moreover, he will also be appearing in Borderlands in 2022. As of 2021, Florian Munteanu’s net worth is estimated to be in the thousands.

Florian has been making major headlines as he will appear in Marvel Universe. Likewise, the actor has also attracted many fans with his amazing looks and body. Likewise, many fans of the actor are curious to know if Florian is dating anyone or has a girlfriend. However, Florian has not been very open when it comes to his dating life. The actor has not mentioned dating anyone.

Moreover, his social media also does not feature him dating anyone. Moreover, the actor also seems busy with his upcoming appearances in movies. Regardless, we assume the actor to be single unless he speaks otherwise.

Florian was born to his parents, Dorin Munteanu and Florica Muenteanu. Florian is very close to his parents and is often featuring them on his social media. He has shared pictures with his parents on occasions like their birthdays, parent’s days, and Christmas.

As a professional boxer, Florian possesses desirable body features. The actor has a height of 6 feet and 4 inches. Likewise, he weighs around 106 kg and measures around 44-32-35. Florian has a muscular body and stunning abs. Likewise, the boxer has hazel-colored eyes and dark brown hair color.