Ismael Cruz Cordova is an actor who earned fame playing the role of Mando on Sesame Street. Moreover, he has also appeared in other shows like Ray and Berlin Station. However, the actor is drawing attention as he is cast in the hyped YV series, The Lord of the Rings. So, who is Ismael Cruz Cordova?

Ismael Enrique Cruz Córdova was born in 1987 in Aguas Buenas, Puerto Rico. He celebrates his birthday on April 7, which makes his age 34. He holds Puerto Rican nationality and belongs to the Hispanic ethnicity.

Ismael started his career in 2003, appearing in the movie Stray Bullet. Likewise, he later moved to Television and appeared in the film El Cuerpo del Delito in 2005. Later, he appeared in series like The Good Wife and Little Children, Big Challenges. However, he quickly earned notice when he played the role of Mando from 2013-14 in Sesame Street. His later TV appearance was in Divorce, The Catch, The Mandalorian and The Undoing. 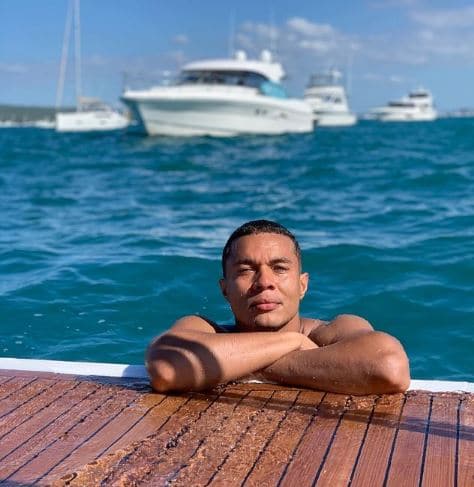 In 2018, the actor was cast for the main role of Rafael Torres in Berlin Station. Likewise, he has also been cast in the upcoming TV series The Lord of the Rings, which will air on Amazon Prime in 2021. Nonetheless, the actor has appeared in few movies, including Exposed, Mary Queen of Scots, Miss Bala and Settlers. As of 2021, Ismael Cruz Cordova is estimated to be in the thousands.

Ismael has played many popular roles over the years and has been a familiar face to many viewers. Likewise, many are interested to know if the handsome actor is dating anyone or is married. You might feel a bit relieved to know that Ismael is yet to be taken by somebody. The actor has remained single over the years and has not appeared publicly in a relationship with any sort.

Moreover, he has also remained unmarried and is yet to find someone to settle down with. Likewise, his social media also shows no signs of him dating. Ismael seems to be busy with his career and, therefore, might not have much time for dating. Regardless, the actor is single for the time being.

Although Ismael has not shared many details on his parents, the actor is definitely close to his parents. He has featured them multiple times on his family appreciation posts. He also has an older sister whom he described as

“Saxophone player , percussionist, singer , poet , lawyer by education , LGBTQ+ activist , Teacher , former street fighter whenever injustices needed to be corrected , powerhouse all around student , dreamer , doer , influencer , pet rescuer , proud afro latinx and the list goes on.”  In one of his posts.