Franny Arrieta is an Influencer and YouTube star who rose to fame through her channel. She has been earning huge attention for her amazing makeup tutorials, which cover various styles. Likewise, she has also found success on her other platforms. Franny is also a singer who started uploading covers. Moreover, she has also released her single, Caught Up.

Franny Arrieta was born in 1997 in New Jersey. She celebrates her birthday on March 27, which makes her age 24. Likewise, she holds American nationality and comes from a mixed ethnicity.

Franny is a YouTube star who has earned fame mostly through her make-up tutorial videos on her self-titled YouTube channel, Franny Arrieta. She started her channel in 2014 and uploaded a cover song. However, it was not until 2017, when she uploaded her first make-up video. Since then, Fanny has found enormous success sharing makeup tutorials. Moreover, the YouTuber also uploads vlogs on her channel. 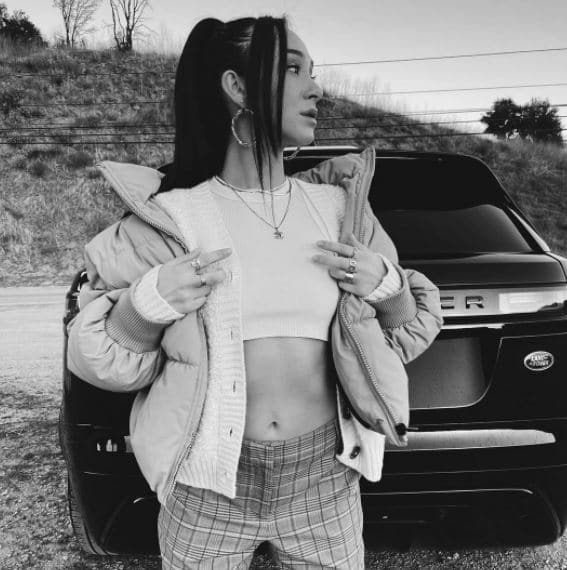 Franny has accumulated over 609k followers on her YouTube channel. Besides, she is also popular on Instagram, where she has over 488k followers. The influencer possesses another 123k followers on TikTok. Moreover, fanny also has acting credits on Prom Knight, The Haunted House Contract, and Apologies in Advance with Andrea Russett. As of 2021, Franny Arrieta, net worth is estimated to be in the thousands.

As Franny launches to fame, she has earned many fans curious to know whom the influencer is dating. If you had not noticed, she is in a relationship with Why Don’t We singer Daniel Seavey.

The pair made their relationship social media official on February 15, 2021, with both of them featuring each other with an adorable caption. Franny shared a picture of her taking a mirror selfie with her boyfriend, writing,

On the other hand, her boyfriend shared a picture of the duo mentioning that they had been friends for years and shared that she changed his thoughts on dating. Likewise, the social media star also wished her boyfriend on her birthday, on April 3, sharing a video of his live performance.

Franny was born to her parents, Frank Arrieta and Angela K. Arrieta.

She has featured her parents plenty of times on her Instagram and often wishing them on the occasion of father’s Day and Mother’s Day.

Franny has a height of 5 feet and 5 inches. Likewise, she is a fitness freak and is often sharing her exercise routine on social media. Besides, the beautiful influencer possesses dark brown eyes and blonde hair color.